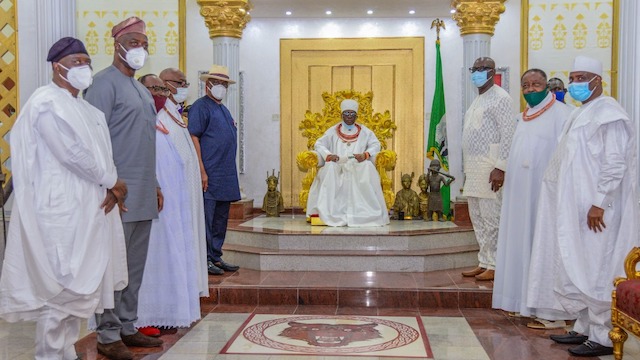 In his entourage were Nyesom Wike of Rivers, Seyi Makinde, Oyo, Aminu Tambuwal of Sokoto and Ahmadu Fintiri of Adamawa. Obaseki speaks at the palace event

Obaseki expressed his profound appreciation to Oba Ewaure II for the warm reception and assured him that his administration will serve the interest of Edo people, who gave him the mandate for a second term as governor. Wike gives a vote of thanks, while Obaseki, Tambuwal, Fintiri and Seyi Makinde look on