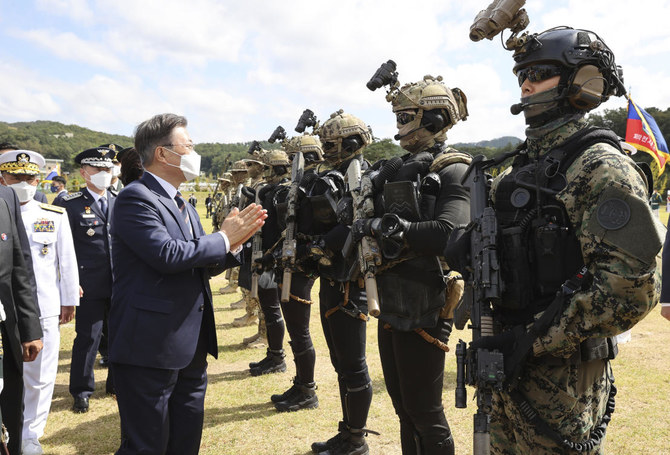 South Korea urged North Korea on Saturday to further investigate the fatal shooting of a South Korean fisheries official and suggested it could be a joint probe by the two sides, as public and political outrage over the killing grew.

The move came as a rare apology from North Korean leader Kim Jong Un appears to have failed to soothe criticism over the Moon government’s handling over the accident.

After a National Security Council meeting last evening, South Korea’s presidential office said it would call for a joint probe into the case with the North if needed, saying there were discrepancies in accounts of the accident from the two sides.

South Korea’s military said on Thursday that the North’s soldiers killed the man, doused his body in fuel and set it on fire near the sea border.

But the North Korean government said in a message on Friday that its soldiers shot the “illegal intruder” and denied burning his body.

In the message, North Korean leader Kim Jong Un was quoted as offering an apology for disappointing his counterpart Moon Jae-in and the South Korean people.

The main opposition People Power Party said on Saturday Kim’s apology was not genuine, calling on the Moon government to send the case to the International Criminal Court and the US Security Council.

The Moon administration faces an intense political backlash over how it responded to the incident, which coincided with a renewed push by the president for engagement with Pyongyang.

Critics accused Moon of failing to save a citizen’s life and being soft on North Korea, saying the military did not attempt to save him despite spotting him six hours before he was shot dead.

“Peace is important in inter-Korean relations, but the most important thing is the lives of our people. Our people were shot by North Korea and why there is no such movement as “Korean lives matter” in South Korea?” said Thae Yong Ho, a former North Korean deputy ambassador to London who defected to the South, and became a lawmaker.

“I am depressed. Why are we weak in front of North Korea,” he said at a meeting of a parliamentary task force to investigate the case.

The maritime ministry official was reported missing while on duty on a fisheries boat near the island of Yeonpyeongdo close to South Korea’s sea border.

South Korea’s military said the man was apparently attempting to defect to the North, but his brother refuted the claims, saying that he must have had an accident.