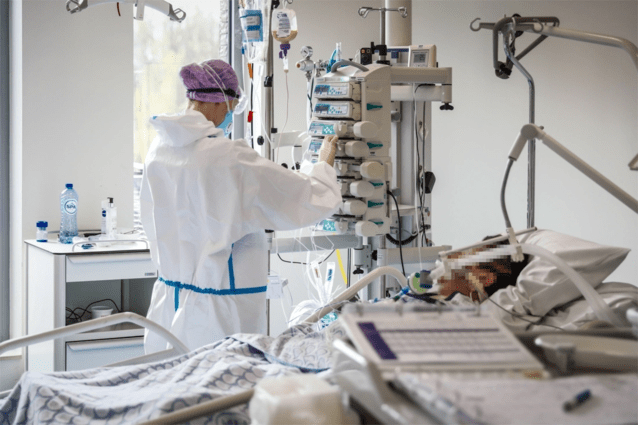 An average of 1,540.7 people per day tested positive for the new coronavirus (Covid-19) in Belgium during the past week, according to the latest figures by Sciensano on Saturday.

The trend of new infections per day increased by 40% over the 7-day period from 16 to 22 September. On Monday 21 September, the last complete daily figure available, 2,165 new infections were recorded.

Additionally, 161 infections were confirmed per 100,000 inhabitants over the past two weeks, which is an increase of 149% compared to two weeks earlier.

The total number of confirmed cases in Belgium since the beginning of the pandemic is 110,976. The total reflects all people in Belgium who have been infected, and includes confirmed active cases as well as patients who have since recovered, or died as a result of the virus.

Between 17 and 23 September, an average of 65.4 new hospitalisations per day were recorded, up from 53.7 per day the week before.

An average number of 3.3 deaths occurred per day over the past week, a slight rise of o.6% compared to the average the week before. The total number of deaths in Belgium since the beginning of the pandemic is currently 9,969 – four more than yesterday.

Sciensano now also reports the number of tests performed every day, but those data were not yet available at the time of going to press. Yesterday’s report showed that approximately 36,700 tests were carried out on average per day over the last week, about 2,600 more than the week before.

Since the start of the pandemic, a total of over 3 million tests have been carried out.

Belgium’s reproduction number (Rt) is currently 1.37, according to Sciensano’s figures. This means that, across the country, one infected person infects more than one other person on average, and that the epidemic is still growing.