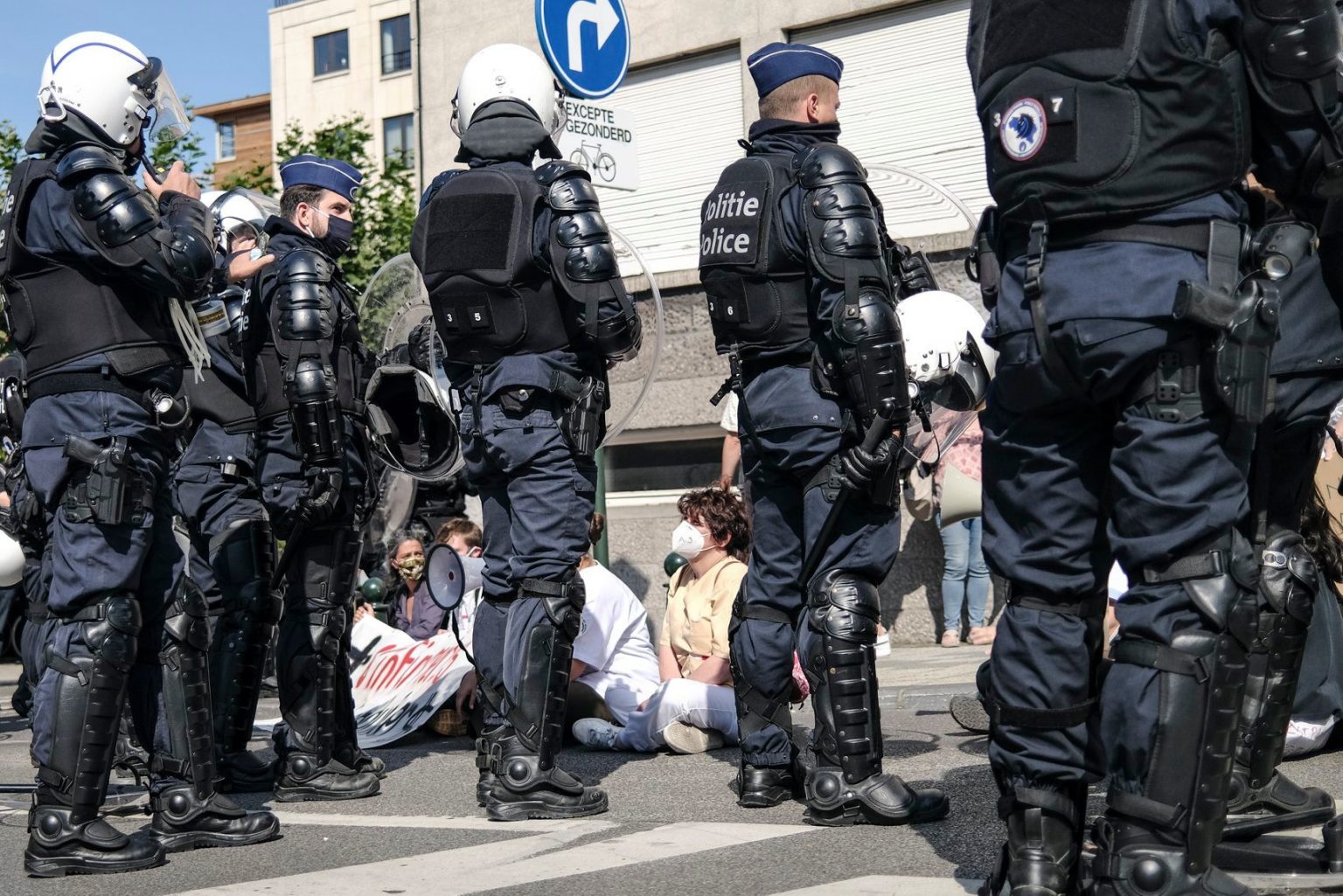 A chief police officer in Brussels has been put on leave pending an investigation into the illegal use of tear gas during a health workers’ protest.

Commissioner Pierre Vandersmissen, head of interventions with the Brussels-Ixelles police zone, led the police response to a demonstration of health care workers in Brussels on 13 September.

Following the protest, several reports emerged of “unacceptable police violence” against health workers protesting austerity in the sector and calling for increased financing of the country’s health and social security systems.

Vandersmissen’s temporary suspension follows the emergence of footage of a man not belonging to the police force using tear gas against a protester who was already on the ground, in the presence of Vandersmissen.

The footage was obtained by TV chain LN24 and published as part of a compilation of videos showing uniformed and non-uniformed police chasing after, detaining and beating back protesters.

One video shows two officers, including Vandersmissen, chasing after one man and pinning him to the ground. While the man is on the ground, a third person who is not in police uniform and is carrying a camera and a tear gas canister runs towards the man and shoots a spray of tear gas at him.

Vandersmissen can be then seen signalling him to stop after which the man, a photographer known the police, according to Le Soir, is seen hiding the tear gas canister behind his back.

“According to the information we have, it appears that a man who does not appear to be a police officer used tear gas during the demonstration on 13 September, which is unacceptable and illegal,” the cabinet of Brussels City Mayor Philippe Close said.

The police zone is set to carry an internal investigation pending which Vandersmissen will be relieved from his duties.

“If this behaviour is confirmed by the investigation, a disciplinary probe will follow,” Close’s cabinet added.

Past demonstrations in Brussels have already led to reports that Commissioner Vandersmissen’s presence in a demonstration often leads to indiscriminate and premature use of force and violence by police, with demonstrators sometimes referring to him as a “Rambo-type figure.”

Over a dozen demonstrators were arrested at the health workers’ protest, a majority of which were released with no chargers on the same day.