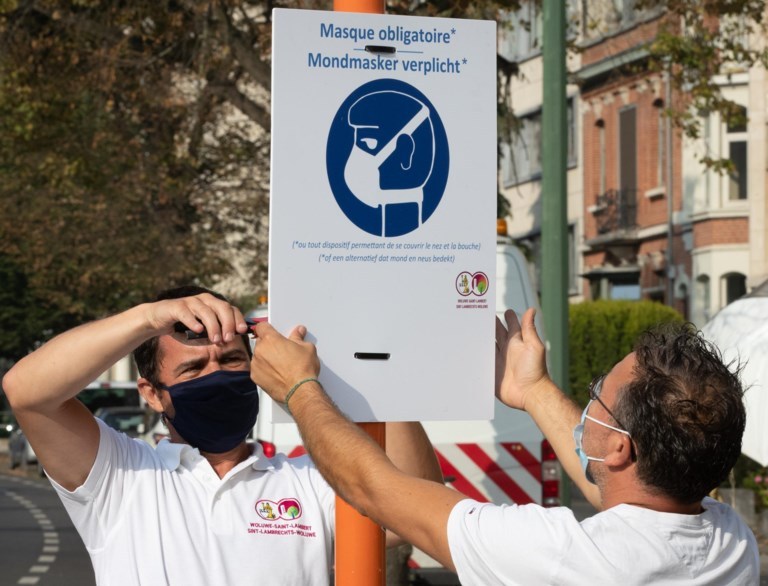 The Brussels Region will lift the obligation to wear face masks in all public spaces from 1 October, a spokesperson of Brussels Minister-President Rudi Vervoort said on Wednesday after Belgium’s National Security Council (NSC).

The NSC decided Wednesday that from 1 October, it will no longer be mandatory to wear a mask outside. In heavily frequented places and in places where a safety distance of 1.5 metres cannot be guaranteed, it will be strongly recommended, Prime Minister Sophie Wilmès said at a press conference following the NSC.

However, the mask is still compulsory on public transport, in shops and in cinemas.

The Brussels Region will adapt its own system accordingly.

The city’s communes will be able to take more restrictive measures in high-traffic areas, but the Region itself will not replace them, Vervoort’s spokesperson added.