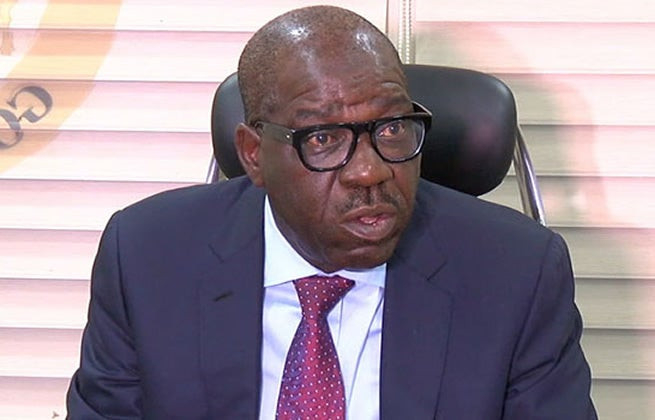 Obaseki said the lions and tigers of Edo politics will never be seen again because they are all in the zoo where they belong.

Following his re-electionon Saturday September 19, Edo State governor, Godwin Obaseki has stated that the “lions and tigers” of Edo politics have been caged.

The Governor who said this while addressing supporters of the Peoples Democratic Party (PDP) at Kings square shortly after a victory match around Benin city, assurred residents of Edo state of good governance.

Obaseki added that the “lions and tigers of Edo politics will never be seen again because they are all in the zoo where they belong”.

“The message of Saturday’s governorship election means I should go and work for Edo people. It is clear, the Edo people have spoken loud and clear.

“You have helped me caged the lions and tigers in the State, you will never see them again in Edo because they are all in the zoo now where they belong.

“Today, I promise you that we will work for Edo people because no one will hinder us from delivering the dividend of democracy to Edo people.

“My deputy, Philip Shaibu, and I will go back to the office and work for Edo people. I want to thank everyone residing in the state; you spoke and we have heard you and ready to ever work for you.

“The next four years in the state will be the one that all citizens will live to remember as we will consolidate on our developmental achievements in the State. Thank you all.”