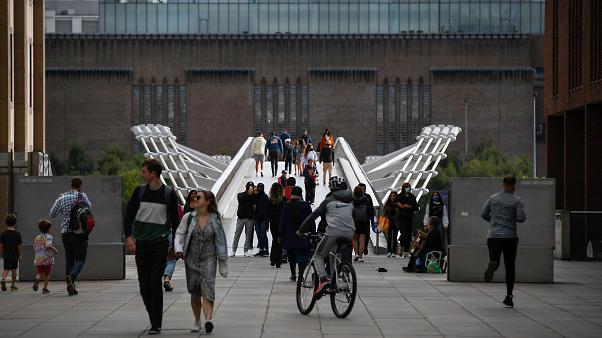 Pubs, bars and other hospitality venues in the UK will have to close at 10pm from Thursday, as the British government imposes new restrictions to try to curb a surge in coronavirus cases.

The Prime Minister Boris Johnson is set to announce the new measures on Tuesday, a day after the chief medical and scientific advisors warned about the spread of the virus in all parts of the country.

In a televised statement on Monday, the UK’s scientific advisor Sir Patrick Vallance said with “cases doubling roughly every seven days”, there could be 50,000 new cases a day by mid-October if the surge continues unabated.

Speaking alongside Chris Whitty, the UK’s chief medical officer, Vallance said the “increase in case numbers has translated into a rise in hospitalisations, and deaths are also increasing”, warning that what was needed was “speed and action, and enough to bring that rate down”.

New measures in the UK

From Thursday, pubs, bars and other hospitality venues will be restricted to table service only and will have to close at 10pm, according to the prime minister’s office.

The government has already announced stricter fines for those breaking self-isolation rules, up to £10,000 (€10,909) for the worst offenders.

Currently people can only meet up in groups of six.

Johnson is due to update Parliament on the coronavirus situation on Tuesday after meetings of his Cabinet and the government’s crisis committee, COBRA. He will also make a televised address to the nation about efforts to combat the virus.

‘This is all of our problem’

During the televised address on Monday, Chris Whitty warned the UK is expected to see a rise in deaths from COVID-19, in line with the recent rise in cases and hospitalisations, as seen in other countries.

“We have, in a very bad sense, literally turned a corner,” he said.

Whitty stressed that infection rates are rising among all age groups and infections among the young and healthy will inevitably spread to friends, family and ultimately to the most vulnerable in society.

“This is not someone else’s problem,” he said. “This is all of our problem.’’

Britain has Europe’s highest death toll in the pandemic, with over 41,800 deaths, according to a tally by Johns Hopkins University.

Experts say all such figures understate the true impact of the pandemic.

The 4,300 new infections reported on Monday hit a level not seen since early May.