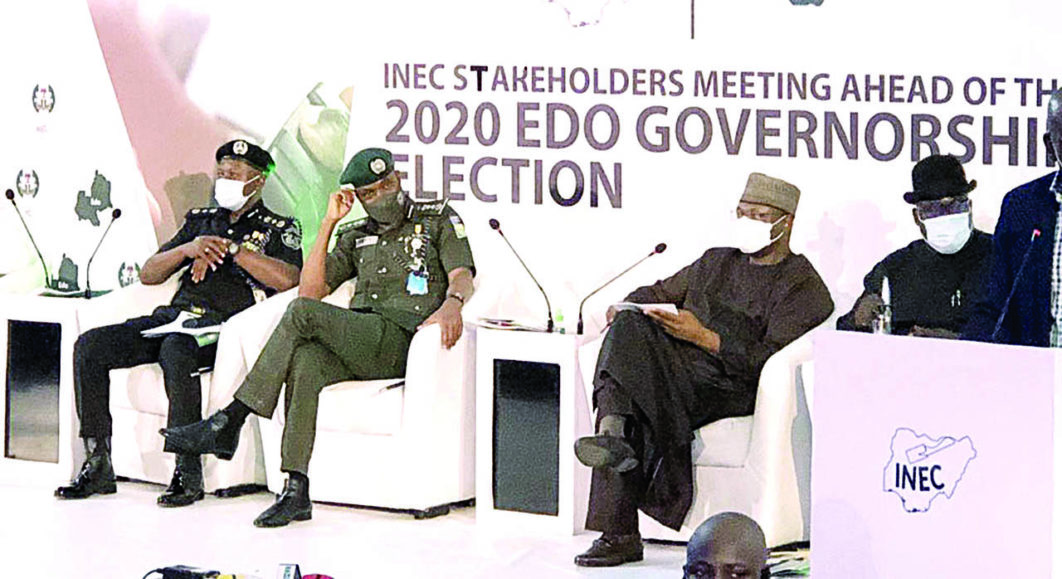 The National Broadcasting Commission (NBC), yesterday, cautioned broadcasters against breaching provisions of the Nigeria Broadcasting Code, regulations, and other extant laws, as it would not hesitate to sanction any organisation that contravenes its requirements.

In a statement issued by the commission ahead of the governorship election in Edo State, the commission “reminded broadcasters of the essential provisions of the Nigeria Broadcasting Code and the Electoral Act on the coverage of elections, collation, and the announcement of results.

Specifically, the NBC drew their attention to Section 5.3.3 of the code, which stipulates that “The Broadcaster shall ensure that the broadcast of a partisan political campaign, jingle, announcement, and any other form of partisan party identification or symbol ends not later than 24 hours before elections day.

“Broadcasters should not use any vote obtained at a polling station or from an exit poll to project or speculate on the chances of any candidate.

It also stipulates that media outfits should only relay election results or declaration of the winner only as announced by the authorised electoral officer for the election.

This provision is also contained in the Electoral Act of the Independent Electoral Commission (INEC).

“The Commission, along with stakeholders, has been working towards a free and fair governorship election in Edo State and enjoins broadcasters to continue to perform their duties professionally in order to achieve a successful democratic process,” the statement added.