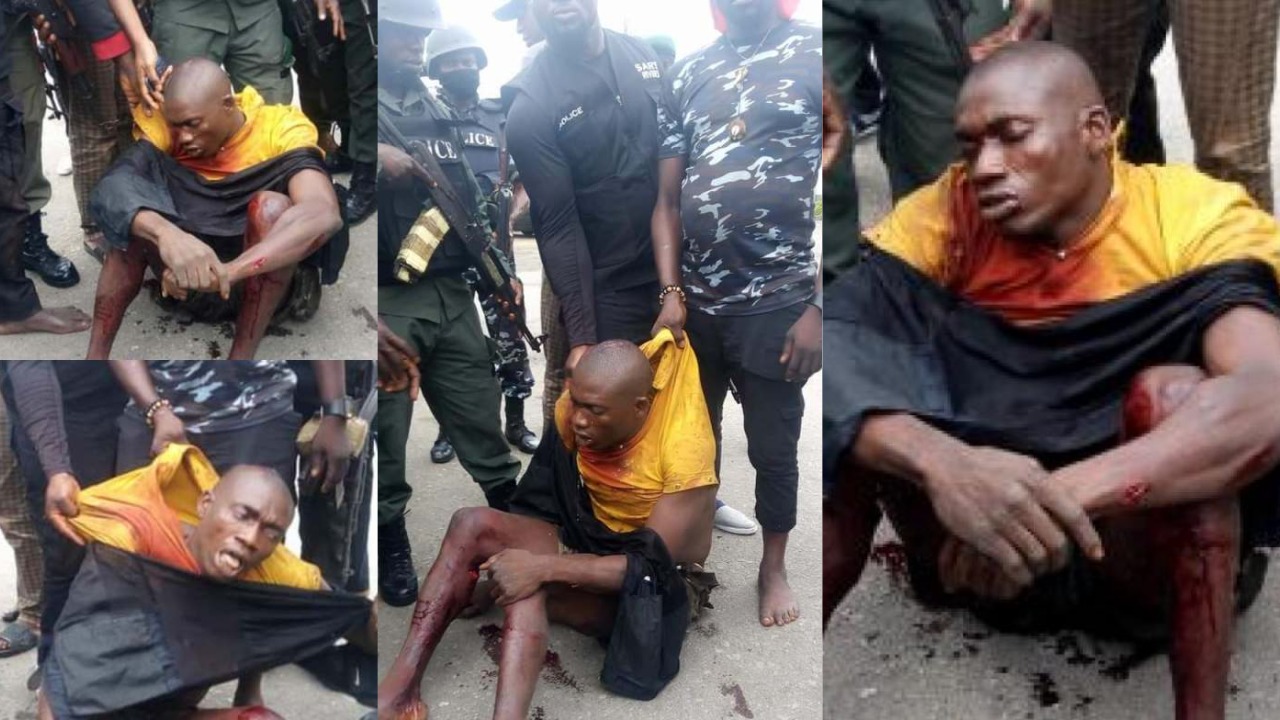 The most wanted criminal, Honest Digbara popularly known as Bobisky has been arrested by the Rivers State Police Command.

According to reports, Bobisky was a feared cultist and has been accused of oil bunkering and terrorizing some parts of Gokana Local Government Area of Rivers State and behind other criminal activities in the state.

The State Police Public Relations Officer, Nnamdi Omoni made this disclosure on Saturday morning, September 12, while displaying the badly beaten suspect and his alleged second-in-command, reported to be his younger brother, at the police command headquarters.

According to the State’s spokesperson, Bobisky was nabbed alive in the early hours of today, September 12 in collaboration with a local security outfit at Koro community in Tai local government area of the state.

The Rivers State Governor, Nyesom Wike, had earlier launched a manhunt for him and placed a bounty of N30 million on the kingpin.

See more photos of the suspect and his cohort below,