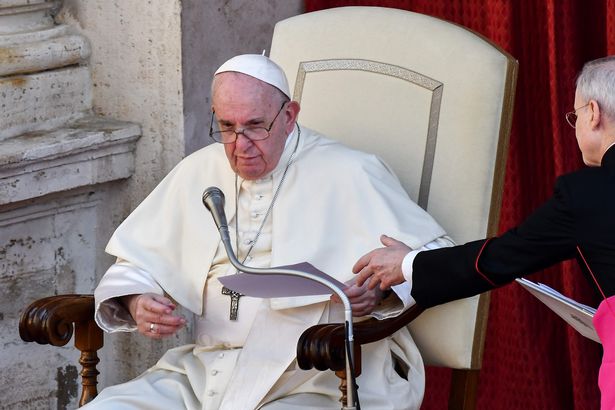 Pope Francis, who is the religious head of over 1.3 billion Catholic around the world, spoke with Italian writer Carlo Petrini, who has compiled several conversations with the pope for a new book.

“Pleasure arrives directly from God, it is neither Catholic, nor Christian, nor anything else, it is simply divine,” Francis told Petrini in the book, “TerraFutura: Conversations With Pope Francis on Integral Ecology,” which was published Wednesday, the New York Post reported.

“The pleasure of eating and sexual pleasure come from God,” Francis said.

The Pope critized “overzealous” church leaders who in the past held that it is sinful to enjoy sex and food, among other delights as a “wrong interpretation of the Christian message.”

“The Church has condemned inhuman, brutish, vulgar pleasure, but has on the other hand always accepted human, simple, moral pleasure,” said the Pontifex Maximus.

“The pleasure of eating is there to keep you healthy by eating, just like sexual pleasure is there to make love more beautiful and guarantee the perpetuation of the species.”

According to Francis, views that banish such basic aspects of life “have caused enormous harm, which can still be felt strongly today.”