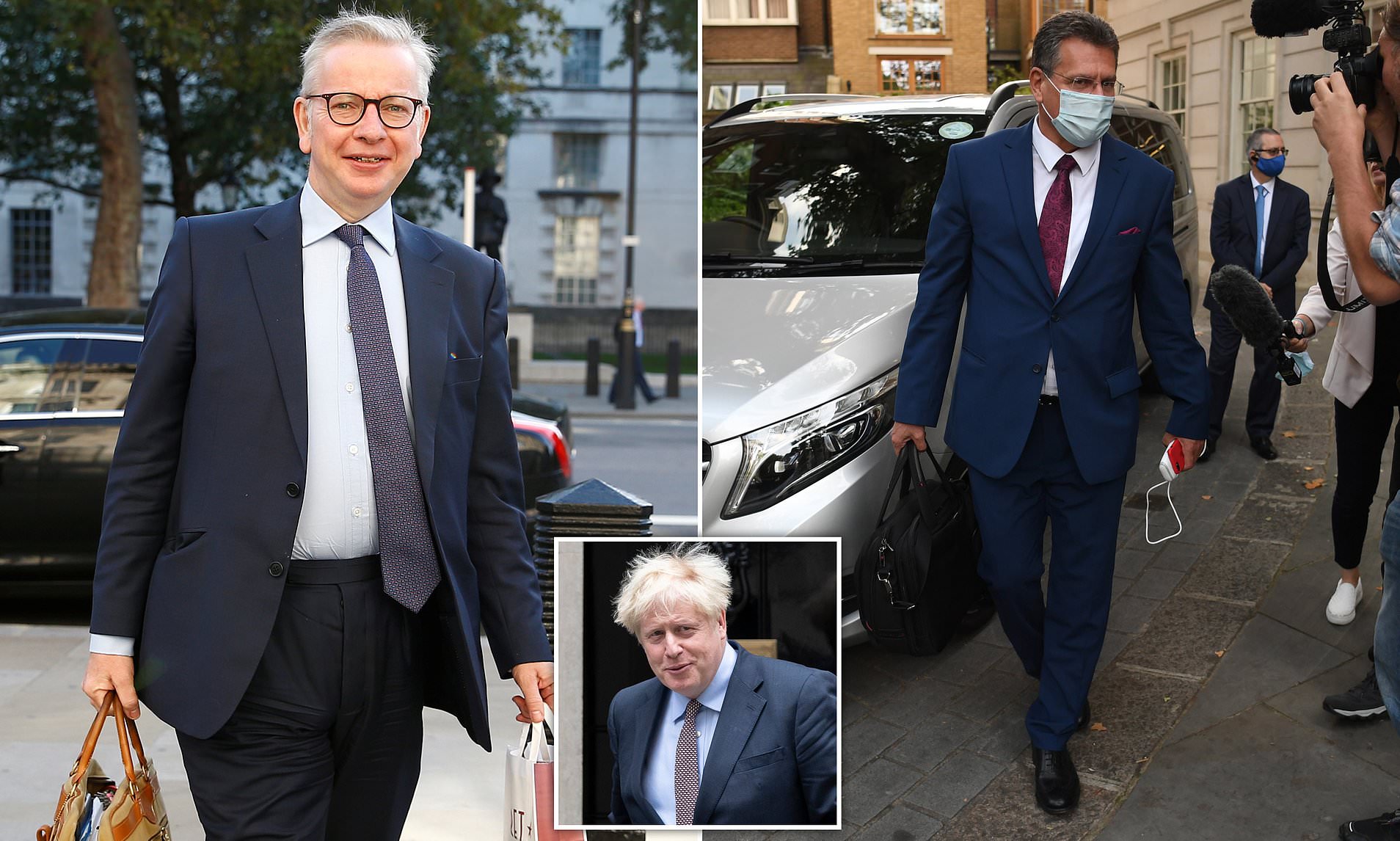 The EU is stepping up its preparations for a ‘no deal’ Brexit after the UK rejected its ultimatum to drop plans to override key elements of the signed Withdrawal Agreement.

Brussels warned it will take the UK to court if it moves ahead with the controversial bill it says will put the Northern Ireland peace deal at risk.

The EU said after emergency talks with the UK on Thursday that “the Withdrawal Agreement contains a number of mechanisms and legal remedies to address violations of the legal obligations contained in the text – which the European Union will not be shy in using.”

The UK has until the end of the month to withdraw the controversial measures from its draft bill, the European Commission said.

London stuck to its guns in its own statement released around the same time on Thursday afternoon.

“It is an established principle of international law that a state is obliged to discharge its treaty obligations in good faith,” the UK government said.

“This is and will remain the key principle in informing the UK’s approach to international relations.

“However, in the difficult and highly exceptional circumstances in which we find ourselves, it is important to remember the fundamental principle of parliamentary sovereignty.”

The extraordinary meeting was held a day after the British government unveiled a draft Internal Market Bill that would allow it to alter parts of the Withdrawal Agreement Prime Minister Boris Johnson struck with the bloc and which came into force on February 1 following the UK’s official departure from the EU.

The government argues the bill — which will be debated in Parliament on September 14 — will ensure that it “will be able to deliver its commitment to protect peace in Northern Ireland and the Belfast/Good Friday Agreement, and to strengthen and maintain the UK internal market”.

READ  $16bm power project: What will happen to APC members if Obasanjo is probed – Shehu Sani

But the EU disputes that.

“The EU does not accept the argument that the aim of the draft Bill is to protect the Good Friday (Belfast) Agreement. In fact, it is of the view that it does the opposite,” its statement read.

🇪🇺🇬🇧 By putting forward this Bill, the UK has seriously damaged trust between the EU and the UK. It is now up to the UK government to re-establish that trust.

My statement following today's extraordinary Joint Committee on the #WithdrawalAgreement👇https://t.co/fiRyTxVNQD

The Protocol on Ireland/Northern Ireland included in the Withdrawal Agreement plans for the UK territory to continue to apply EU customs rules after the end of the transition period in order to avoid checks at the border with the Republic of Ireland, an EU member state

This means that checks will have to be carried out on certain goods travelling between Northern Ireland and Great Britain, which the British government says will result in a de-facto border in the Irish Sea.

The transition period expires on December 31.

‘EU is firm and united’

The French Secretary of State for European Affairs, Clément Beaune, reacted to the Commission’s statement on Twitter, writing: “To all those who doubt it, sometimes for good reasons: the European Union is firm and united, it defends its interests and protects its citizens.”

“We will remain calm and utterly determined,” he added.

According to Charles Grant, director of the Center for European Reform (CER) think tank, the UK government’s draft bill, if passed by parliament, would have several consequences including a flare-up of violence on the Irish island, increased support for Scottish independence and a loss of legitimacy on the global stage with regards to respect for international law. He also predicts that London’s relations with both Brussels and Washington will sour.

Assuming that HMG sticks with its apparent plan of scrapping parts of Withdrawal Agreement and doing without an EU-UK trade accord, I foresee 10 consequences – a short thread. @CER_EU /1

Speaker of the House Nancy Pelosi told reporters on Thursday following a question from ITV news that the Good Friday Agreement is “very high priority us, Democrats and Republicans, House and Senate.”

“Then this news comes to us practically in the middle of the night …. that the UK had decided to undermine the Good Friday accords. What were they thinking? Whatever it is, I hope they’re not thinking if a UK-US bilateral trade agreement to make up for what they might lose.”

“These Good Friday Accords are just so beautiful and we are not going to have them tampered with or reward any messing with them of the bilateral UK-US trade agreement,” she added.

Tune in as I speak with reporters live from the U.S. Capitol. https://t.co/KN6LtEZjDP

‘A number of challenging areas remain’

Negotiations for a future trade deal between the UK and the EU have all but stalled in recent months with both sides blaming each other for the deadlock.

Frost described the latest round of talks as “useful” but highlighted that “a number of challenging areas remain and the divergences on some are still significant.”

“We have consistently made proposals which provide for open and fair competition, not he basis of high standards, in a way which is appropriate to a modern free trade agreement between sovereign and autonomous equals,” he added in a statement.

But Barnier said in his own statement that “the UK has not engaged in a reciprocal way on fundamental EU principle and interests.”

“We are still missing important guarantees on non-regression from social, environmental, labour and climate standards,” he said.

He also accused the UK having “not engaged on other major issues” including judicial cooperation and law enforcement, fisheries and level playing field requirements in the areas of transport and energy.

Andreas Michaelis, the German ambassador to the UK, said on Twitter that “in more than 30 years as a diplomat I have not experienced such a fast, intentional and profound deterioration of a negotiation.”

In more than 30 years as a diplomat I have not experienced such a fast, intentional and profound deterioration of a negotiation. If you believe in partnership between the UK and the EU like I do then don't accept it.