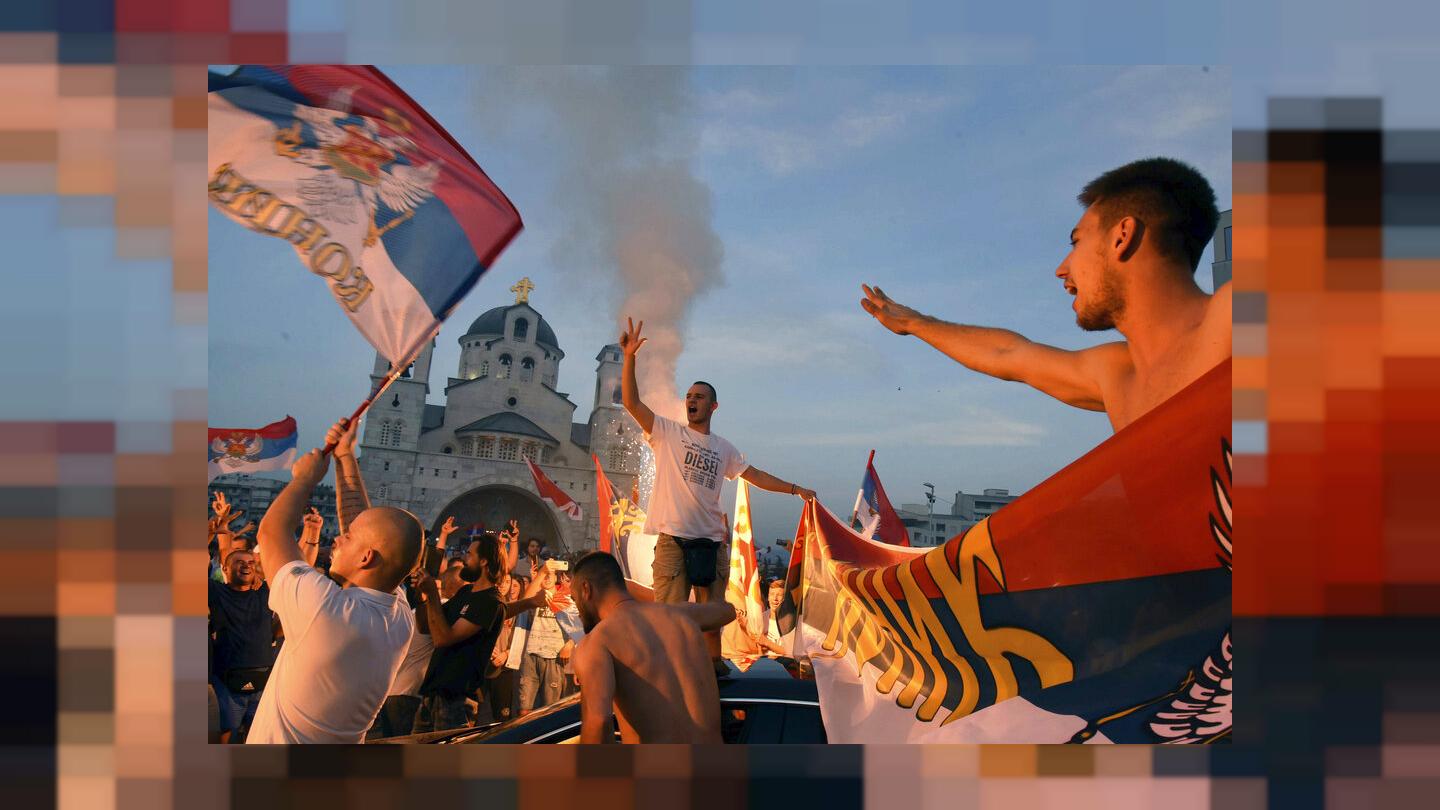 To illustrate how he sees his role as Montenegro’s prime minister-in-waiting after the shock defeat of the country’s dominant Democratic Party of Socialists (DPS) in last month’s elections, Zdravko Krivokapic turns to the Old Testament and King Solomon.

As Jerusalem burned, Krivokapic says, its citizens passed buckets of water along a line to extinguish the flames. Solomon even saw an ant carrying a tiny drop of water on its back.

“This is my vision for Montenegro,” says Krivokapic, speaking to Euronews from his office in the capital, Podgorica. “We will all contribute to create the new Montenegro that we all wish for.”

It is not clear whether the 61-year-old engineering professor is king, citizen or ant in this scenario, but it is clear who he thinks started the fire: President Milo Djukanovic and his DPS, which has ruled Montenegro since the breakup of Yugoslavia in the 1990s.

Last month’s election, which gave a tiny majority to the opposition, has produced a change of guard. Krivokapic’s coalition, For the Future of Montenegro, is one of three parliamentary blocs – comprising 11 political parties – that have secured 41 seats in the country’s 81-seat parliament.

It brings together everyone from Serb nationalists to liberal democrats all with one thing in common, a shared hatred Djukanovic and DPS.

But while the election is over and the results are now in, it can take up to 90 days for the new government to be formed. Djukanovic, who is president until 2023, consults with the parties in parliament to see who has enough MPs to form a government. He then appoints the MP that is chosen by that bloc as prime minister, and the new government is formed.

Krivokapic, as leader of the largest party in the coalition, has been chosen by his coalition partners to lead that bloc, and should become Montenegro’s next prime minister.

Having led the country as either president or prime minister since the 1990s, Djukanovic is something of an institution in Montenegro. He led the campaign for independence from Serbia in 2006 and then in 2017 controversially took Montenegro in the transatlantic NATO alliance, to the horror of Moscow and in the face of large street protests in Podgorica.

Djukanovic has sought to portray himself as a pro-European bastion and his critics – including Krivokapic and another opposition bloc, the Democratic Front – as stooges of Belgrade and Moscow. Ahead of the election, he warned that a campaign orchestrated Serbia and Russia was actively seeking to force the DPS from office and turn Montenegro’s gaze eastwards.

It was not totally without merit. In October 2016, a plot was uncovered on the eve of the country’s last parliamentary elections to kill Djukanovic and install a pro-Moscow government in Podgorica. As well as two alleged Russian agents, two Democratic Front politicians were implicated in the plot. The final judgement of the trial, which began in 2019, is still pending.

But the defeat of the DPS on August 30 is also not as simple as a shady Russian plot to undermine a pro-Western leader. Even Montenegrins who support Djukanovic’s foreign policy – and baulk at the Serb nationalism of some of the opposition parties – felt ahead of polling day that three decades is long enough to be governed by a single party, not least by a single politician.

Enter Krivokapic, who career-wise at least, is Djukanovic’s opposite. A professor of mechanical engineering, Krivokapic only entered politics in 2020 during a furore over a law that forced the Serbian Orthodox Church to prove ownership of its vast landholdings in Montenegro.

The law, passed in early 2019, has been interpreted by the church and its believers as an attack on religious freedom and led to mass street protests throughout 2020. Far more than Europe or NATO, the legislation was the singular most contentious issue during the election on August 30 and is widely considered to have been responsible for the DPS parliamentary defeat.

“This was a discriminatory law […]. More than 120,000 people peacefully protested week after week against [it]. We are going to work on changing the law to make it fair,” said Krivokapic.

While he described himself as “a religious man”, Krivokapic said that he understood the need for the church to be governed by law and regulation, but criticised the previous government for not consulting the Serbian Orthodox Church prior to tabling and passing it in 2019. His government, he said, would ensure that all stakeholders were involved in the legislative process.

Despite fears both before the election and since that an opposition win would see Montenegro turn away from Europe and towards Russia – and its ally, Aleksandar Vucic’s Serbia – Krivokapic stressed that the path that the country is on towards EU ascension is the right one.

Not only will the government continue to pursue Montenegro’s joining the European Union, says Krivokapic, but they will pursue it faster and harder than the DPS have so far, tackling the main two issues currently holding the country back from European membership, corruption and organised crime. On 9 September, the three main opposition blocs also committed to “strengthen[ing] and enhanc[ing]” Montenegro’s relationship with NATO.

“This information that we are pro-Serbian or pro-Russian or that we will stop negotiations. That we are anti-NATO. It is not true, and we will prove that very soon. We are committed to all our obligations and everything that we have signed in the agreement with NATO,” he said.

“The pro-West, pro-EU orientation of the new government will be very clearly defined. There will be no doubt about it. Our pro-Western orientation is unquestionable.”

Moreover, Krivokapic said that the government will engage with the thousands of Montenegrins who do not want the country to join Europe, with the most recent polling putting support for EU membership at 55%, down from 67% just two years ago. One of the biggest failures of the previous government, he said, is that the case for Europe was not made strongly enough.

“I can tell you as an engineer, the technical regulations, the harmonisation of standards: If there was nothing else but that we would still benefit strongly.”

For those who see recent events in Montenegro as a victory for Vladimir Putin, in that a pro-European leader has had his wings clipped at that most sacrosanct of western political phenomenons, the ballot box, Krivokapic can only urge that a new government does not mean a change of direction.

As for Russian influence in Montenegro, he believes that it has been “overemphasised.”

“And it was Milo Djukanovic who did that. Ask yourself who actually ushered in Russian investors and businesses and tycoons to Montenegro, it was MIlo Djukanovich. But now it suits him to talk about Russian influence in Montenegro,” he said.

“I haven’t been in contact with any Russian officials so far – I cannot say about any members of my coalition – but I can say that it is a big power, a great power, and as every great power it has its interests. But what I can say is that our main interest is the country of Montenegro, which is very clear in our orientation is western. We will not give this up.”