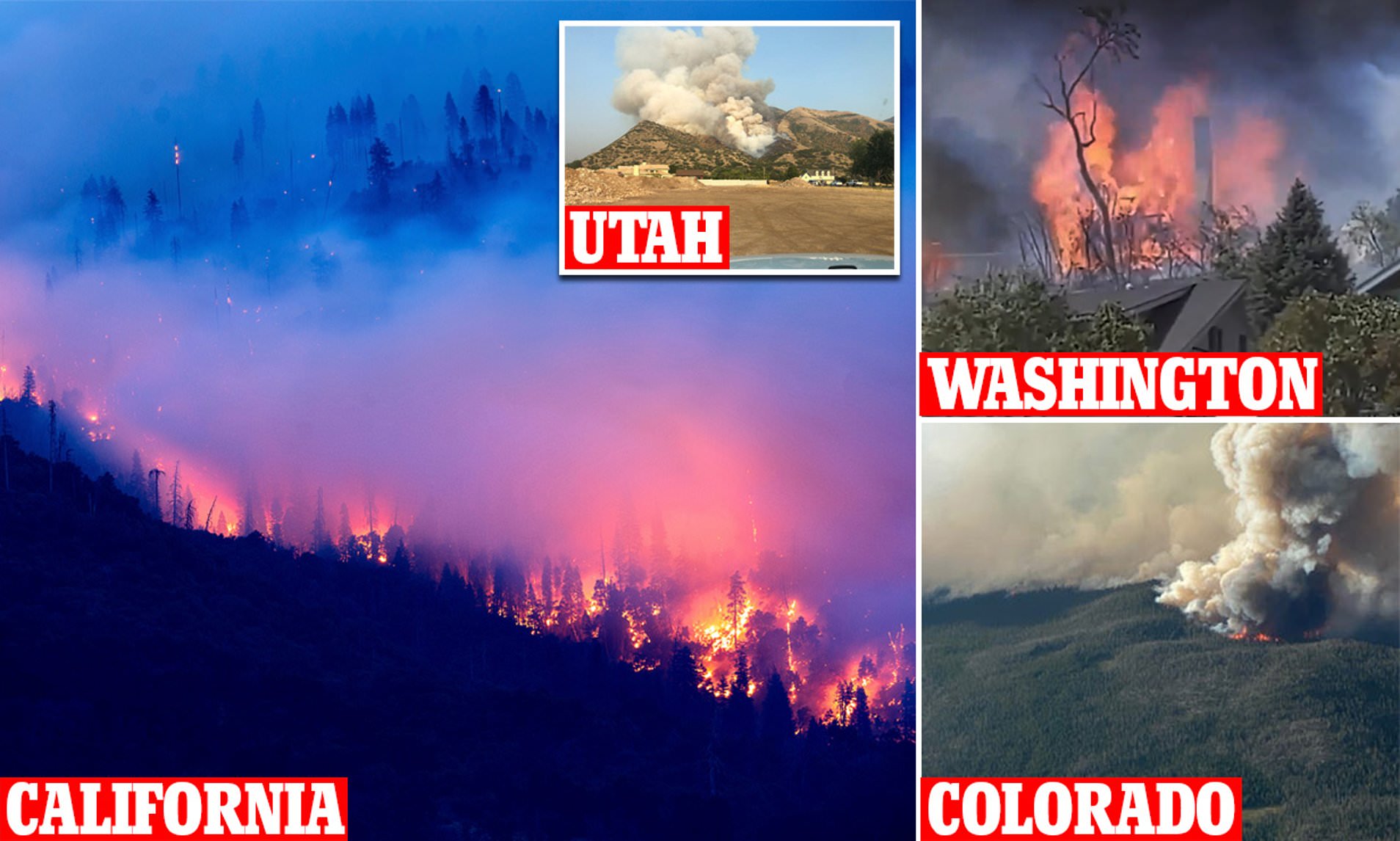 Three large wildfires continued to burn in California as a record-breaking heat wave lingered across large swaths of the western United States on Monday.

The Creek Fire, which has engulfed the Fresno area in central California and caused the emergency evacuation over the weekend of more than 200 people vacationing at a popular reservoir, was still 0% contained as of Monday afternoon, fire officials said.

The blaze, growing under “extreme weather conditions,” had devoured nearly 79,000 acres (32,000 hectares) of land, while a cause remained under investigation, the California Department of Forestry and Fire Protection (CalFire) said in a statement.

Officials in Madera County issued evacuation orders and urged the county’s 157,000 residents to leave if they felt unsafe.

A hiker who had just embarked on a multi-day trip when the Creek Fire broke out and had to find a way out of the blaze shared the harrowing experience on social media.”We’re safe and we’re out, but wow, we hiked our way out of the #CreekFire yesterday,” Asha Karim posted on Twitter.

San Francisco-based power provider PG&E Corp warned customers on Monday in 21 counties, mostly in the Sierra Foothills, that their power might be shut off as a safety measure because of the extreme high and dry winds.

A fire in San Bernardino County, southeast of Los Angeles, that officials said was caused by a pyrotechnic device used during a gender reveal party, kept burning through the night and was 7% contained as of Monday morning.

The blaze was at only 1% containment as officials issued more evacuation orders on Monday afternoon and announced the deployment of military aircraft to help fight the rapidly spreading flames.

Late on Sunday, California Governor Gavin Newsom declared a state of emergency in Fresno, Madera, Mariposa, San Bernardino and San Diego counties due to the wildfires, which also prompted the U.S. Forest Service to temporarily close some national forests including the Sierra National Forest, the Angeles National Forest and the San Bernardino National Forest.

The California Independent Systems Operator, which runs most of the state’s power grid, again urged consumers to cut back on energy consumption and said it was monitoring wildfires throughout the state threatening power lines.

“Temperatures are expected to be above normal statewide for the third consecutive day, driving up electricity demand, primarily from air conditioning use,” it said in a statement.