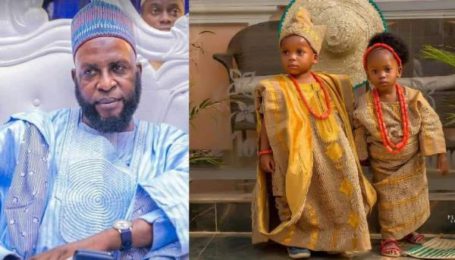 Seven people allegedly involved in the kidnap of twins of an Ibadan based Islamic scholar, Alhaji Taofeek Akewugbagold have been remanded on Monday by an Iyaganku Chief Magistrate Court sitting in Ibadan.

The seven defendants were charged for conspiracy, kidnapping and keeping kidnapped victims in their house.

Speaking at the court, the prosecutor identified as Sergeant Olusegun Adegboye told the court that the defendants conspired to kidnap their victims and also collected N4million from the twins’ father, Alhaji Taofeek Akewugbagold before releasing them after eight days in their captivity.

Reading the charge sheet, Adegboye said Rafiu, who is one of the defendants, and his wife, Modinat, were charged for willingly allowing their house at Ogbere area, Ibadan, to be used for the purpose of keeping Wafeek and his twin sister, Wafeeqor for eight days.

Adegboye said the offenders contravened section 516 of the Criminal Code Cap 38, Vol. II, Laws of Oyo State as well as section 4 (2), 6 and 8 of the Oyo State Kidnapping (Prohibition) Law 2016.

The Chief Magistrate, Mr Emmanuel Idowu, who did not take the plea of the defendants, ordered their remand at State Anti Robbery Squad, Ibadan, pending the outcome of the case file at the Oyo State Directorate of Public Prosecution, (DPP).

Idowu subsequently adjourned the matter till October 7 for mention.