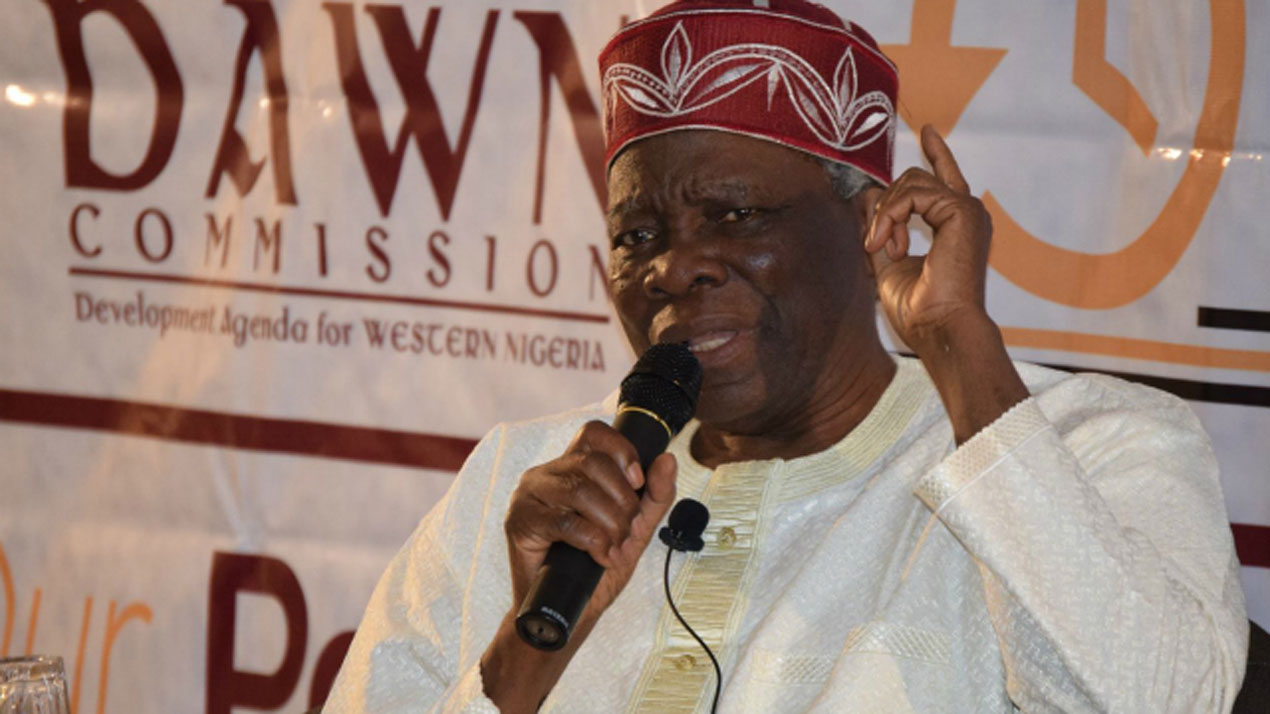 • He Remains Our Leader – Chief Ayorinde

The leadership crisis rocking the Yoruba World Congress (YWC), an umbrella body of all Yoruba socio-cultural, self-determination, and advocacy groups in Nigeria and the Diaspora, deepened at the weekend as the group insisted that the removal of their protem leader, Prof Banji Akintoye, was final and irreversible.

Akintoye was elected sometime last year to chair the Assembly of all Yoruba Groups Worldwide by about 70 pan Yoruba groups. The seat had been vacant for years following the demise of the late Chief Abraham Adesanya.

One of the founding fathers of the group, Akogun Tola Adeniyi, while explaining the reason for Akintoye’s removal in an exclusive interview with The Guardian, alleged that Akintoye’s recent actions violate the constitution of the YWC, adding: “We removed him because we found out he will not lead us anywhere with his leadership style.”

But the Baale Ekotedo, Chief Taye Ayorinde said Akintoye remains the Yoruba leader as agreed by over 70 groups that elected him in Ibadan in August last year.

In a telephone conversation with The Guardian, the embattled leader, Akintoye, however, said four people do not have the capacity to remove him, saying he knows why they were angry.

He said, “In a family, there can be disagreement. But it must be resolved. I know why they are angry. But only four people cannot remove a leader. The crisis will soon be over because people will come together after the storm.

“The late Chief Obafemi Awolowo was the first leader of Yoruba, followed by Chief Adekunle Ajasin, then Chief Abraham Adesanya and Akintoye are now the fourth in that succession. Nobody can undo whatever we have done.”

But Adeniyi said the misunderstanding and miscommunication came with equating the 70 groups of Yoruba leadership, which did not go beyond Ketu in the Benin Republic to that of global leadership for the race, of which Akintoye was the protem chairman before his removal.

He said, “There is no crack. If there is any misunderstanding that appears like a crack, it is that some people in Ibadan that appointed or elected Akintoye as their leader were desperate to hijack the leadership of the Yoruba World Congress. That may be the thing, and that we in the leadership of the YWC, unfortunately, did not make it clear enough that the Yoruba World Congress did not appoint Akintoye. Like I keep saying, Akintoye was elected as Yoruba leader in the homeland and it does not extend to Cuba or any other parts outside Nigeria.”

Akogun Adeniyi noted that “When the late Chief Richard Akinjide suggested or nominated Chief Obafemi Awolowo as Yoruba Leader in the 60s, immediately after Major Adekunle Fajuyi was assassinated, it was just for that purpose. It did not extend to the political era.

“To some of us who founded the YWC as far back as late 2018 and early 2019, and have been meeting regularly in Professor Akintoye’s house and in other places, we did not envisage that a time would come that a collection of organisations in Ibadan would want to see itself as a rival to YWC. And because we said that YWC was open to every Yoruba person, and it was going to be absolutely nonpolitical and non-partisan, every Yoruba person in the Benin Republic, in Cuba and other parts of the world was qualified to be a member.”

He stressed that strong or sane members of the YWC will not touch politicians with the longest poll.

He said, “While we recognise their existence, while we recognise that any Yoruba who has political ambition has a right to his soul and to pursue his life the way he likes, the stand of YWC is that it will never be associated with anything political. As a matter of fact, our leadership has a goal that even if your son or relative is in active politics, you cannot be in the leadership of the Yoruba World Congress.

“When you see people in a video, dancing, singing and jumping up like people in a political rally, then that may be a pointer to the kind of people who are in politics and can be hijacked by politicians, especially the multi-crowd that elected Akintoye as a leader in Ibadan.”

Speaking on what made YWC different from Afenifere and other groups, the ex-Daily Times Managing Director, said, “All these organisations, especially Afenifere, which is peopled by most respected Yoruba leaders, would sometimes say they are also political. They will say they are the fathers of AD or they will say they are supporting a presidential candidate.

“But Yoruba World Congress is not interested in all of these. Our focus is Yoruba. When we say Yoruba leader in Yoruba World Congress, we are talking of the likes of Mike Adenuga, he is a leader in the corporate world; and when we mention Jide Kosoko, he is a leader in the entertainment business in Nigeria. Yoruba leadership in our own culture is not limited to politicians. The Eleganza boss, Chief Rasaq Okoya, Otunba Subomi Balogun, late Emeritus Prof. Akinkugbe, Prof. Mrs. Ogunseye, the first woman Professor in Africa… these are leaders and that’s our orientation.”

Adeniyi added that members of the YWC respect and adore the likes of the Late Pa Fasanmi, Papa Fasoranti, and the never-say-die Papa Adebanjo because they see the limitation of their vision to Yoruba homeland. “That is the difference. They are critical to the emancipation of the Yoruba people. They have been leading us for generations,” he said.

For Adeniyi, the approach to solving Nigeria’s problems should not be rooted in the past. He said, “Like I say to the people, now, because of the brainpower in the Northern establishment, they did not wait to do the Jihad the way Dan Fodio led all of them up to Osogbo. What they did is that they already planted all who are going to fight all over the place. So, if the Yoruba also want to free themselves, they shouldn’t be talking of Fabunmi in Ekiti, or Ogedengbe or Ogunmola or Lisabi of Egba, because the world has advanced beyond that kind of tradition and approach. The world has become digital and this is what we keep telling the Yoruba elites; they should stop thinking in the past. They should stop going about and singing, ‘Baba o, Baba o, Baba o, Oluwa da Baba si funwa…’ Those are pedestrian approaches to leadership. Ideas drive the world.”