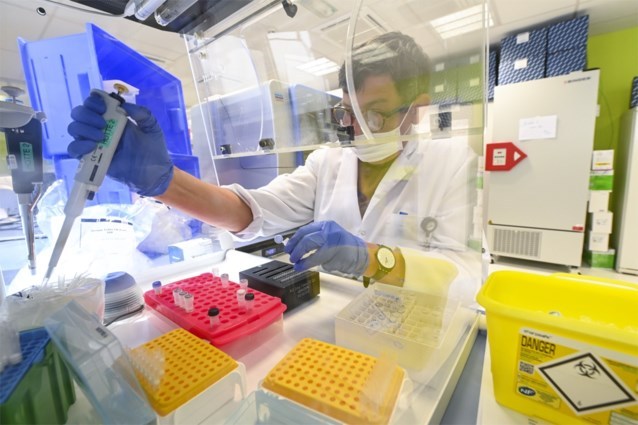 The number of new cases of the coronavirus Covid-19 in Belgium rose slightly, even as hospitalisations and deaths continued to go down, according to figures presented by the federal health institute Sciensano on Sunday.

An average of 454 435.6 people per day tested positive for the new coronavirus (Covid-19) in Belgium during the past week, according to the latest figures from Sciensano – an increase of 8.4 on average. The trend of new infections per day increased by 3% over the 7-day period from 27 August to 2 September, compared to the preceding seven-day period.

The total number of confirmed cases in Belgium since the beginning of the pandemic is 87,825 – 651 more than yesterday. The total reflects all people in Belgium who have been infected, and includes confirmed active cases as well as patients who have since recovered, or died from the consequences of the virus.

The increase in new cases was common to all provinces apart from Brussels and Antwerp, 793 and 570 respectively, but those were the areas with the highest numbers to begin with.

From 27 August to 2 September, the authorities recorded an average of 16.7 new hospital admissions per day, up slightly from 15 a day in the week before.

In total, 215 patients are currently in hospital, the same number as yesterday, of whom 53 are in intensive care – one more than yesterday. In the ICU, 238 patients are being maintained on a ventilator.

An average of 3.4 deaths occurred per day over the past week, which is a decrease of 24% compared to the week before.

The total number of deaths in Belgium since the beginning of the pandemic is currently 9,906 – five more than yesterday.

According to virologist Marc Van Ranst, speaking on VRT radio, the slight increase in new cases indicates a plateau has been reached, and an end to the fall in cases seen in recent weeks, as a result of two factors.

“The first factor is the return of tourists. Hundreds of thousands of people have returned from holiday in recent weeks, often from areas such as France and Spain where there is more coronavirus than here,” he said.

“The second factor is a certain amount of corona fatigue. People are tired of the measures in place. There have been many opinion pieces and open letters about them. So that also has a certain effect. Corona fatigue ensures that the measures are followed less and that is also reflected in the figures.”