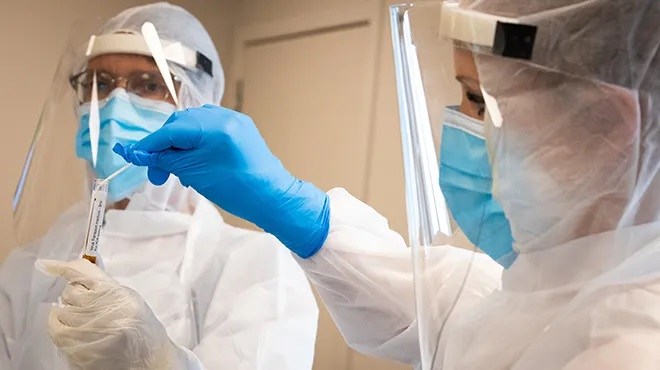 The main indicators of the progress of the coronavirus Covid-19 in Belgium are still going down, but the rate of decline appears to be slowing, according to figures presented by the federal health institute Sciensano on Saturday.

An average of 445 people per day tested positive for the new coronavirus (Covid-19) in Belgium during the past week, according to the latest figures from Sciensano. The trend of new infections per day decreased by only 1% over the 7-day period from 26 August to 1 September, compared to the preceding seven-day period.

The average number of new confirmed coronavirus infections in Belgium is still decreasing, but the decrease seems to be slowing down. In the seven-day period to yesterday, the weekly average had gone down by 8%, and in fact today’s average is higher than yesterday’s.

The total number of confirmed cases in Belgium since the beginning of the pandemic is 87,174 – 630 more than yesterday. The total reflects all people in Belgium who have been infected, and includes confirmed active cases as well as patients who have since recovered, or died from the consequences of the virus.

Brussels recorded 784 new cases in the seven-day period, 57 fewer than the week before but more than any of the provinces.

Antwerp province saw the largest decrease (down 132 to 565) while Liege suffered the largest increase (up 122 to 311). Increases were also recorded in East Flanders, Flemish Brabant, Limburg, Namur and Luxembourg.

From 26 August to 1 September, the authorities recorded an average of 16.1 new hospital admissions per day, almost exactly the same as the daily average in the week before.

In total, 215 patients are currently in hospital, six more than yesterday, of whom 52 are in intensive care – six fewer than yesterday.

An average of 3.4 deaths occurred per day over the past week, which is also a decrease of 29% compared to the week before.

The total number of deaths in Belgium since the beginning of the pandemic is currently 9,901 – two more than yesterday.