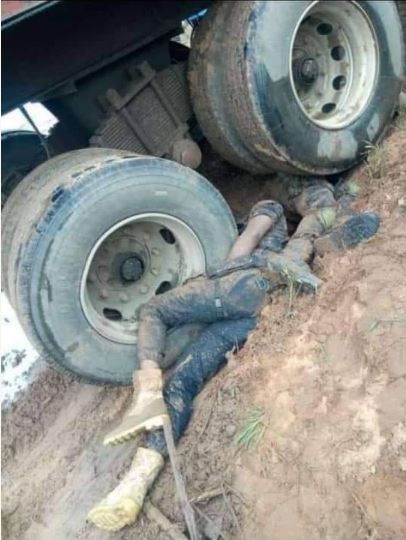 Two police officers died a most horrible death during an accident involving the convoy of Adams Oshiomhole.

Photos of the two police officers who died during an accident involving the convoy of Adams Oshiomhole have emerged.

One of the police officers was identifeid as Akoms Ability.

Adams Oshiomhole mourned the two policemen saying that one of them only recently got married while the other was about to get married.

Speaking on Thursday at the resumption of the party’s ward-to-ward campaign at Iruekpen in Esan West Local Government Area, a minute silence was observed for the fallen police officers.

Oshiomhole prayed for their souls to rest in peace and urged Esan people to vote massively for the APC governorship candidate, Osagie Ize-Iyamu.

The former APC national chairman’s team said it believed the accident was an attempt on his life.

Recall that Oshiomhole’s convoy was involved in an accident on Tuesday after a truck rammed into their vehicle in Oluku, Ovia North East Local Government Area.