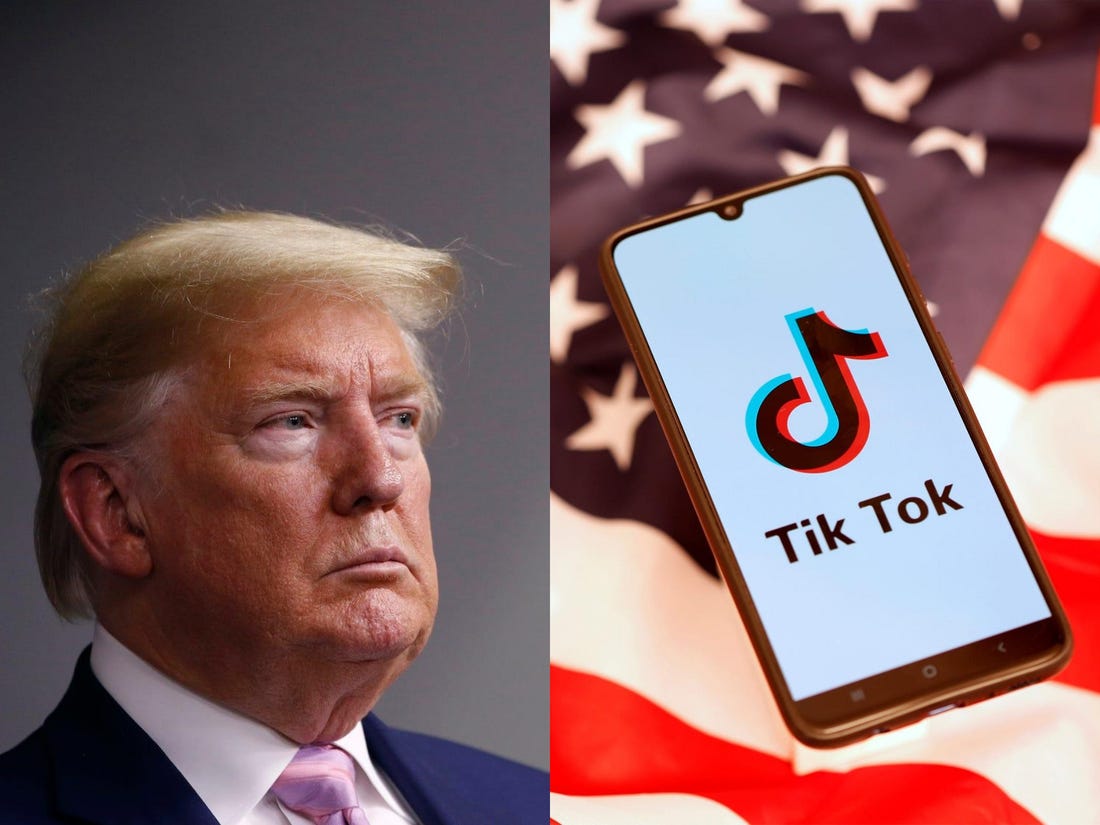 President Donald Trump on Tuesday repeated his demand for a piece of the action from any sale of TikTok’s US operations for forcing such a deal.

TikTok has been at the center of a diplomatic storm between Washington and Beijing, and Trump gave Americans a deadline to stop doing business with TikTok’s Chinese parent company ByteDance — effectively compelling a sale of the app to a US company.

“Well, I told them that they have until September 15th to make a deal; after that, we close it up in this country,” Trump told journalists.

Critics have slammed Trump’s call for the US government to get a cut of the deal, contending that it appears unconstitutional and akin to extortion.

The owner of popular video app TikTok vowed to “strictly abide” by new export rules in China which could potentially complicate a sale of the business as demanded by Trump.

China’s commerce ministry last week published new rules that added “civilian use” to a list of technologies that are restricted for export.

The move marked the first time China has adjusted its list of technologies subject to export bans or restrictions since 2008, adding 23 new items.

The new regulations could make it more difficult for ByteDance to sell the wildly popular video app, which features clips of everything from dance routines and hair-dye tutorials to jokes about daily life and politics.

READ  How Nigeria can become regional aviation hub, by Buhari

Walmart has confirmed joined forces with Microsoft in negotiations to buy TikTok. Oracle is also reported to be interested in TikTok.

CEO Kevin Mayer last week quit the company, days after TikTok filed a lawsuit challenging the crackdown by the US government.

TikTok — which has been downloaded 175 million times in the US and more than a billion times around the world — argued in the suit that Trump’s order was a misuse of the International Emergency Economic Powers Act because the platform is not “an unusual and extraordinary threat.”

Trump claims that TikTok could be used by China to track the locations of federal employees, build dossiers on people for blackmail and conduct corporate espionage.

TikTok — used by as many as a billion people worldwide to make quirky, short-form videos on their cellphones — has repeatedly denied sharing data with Beijing.