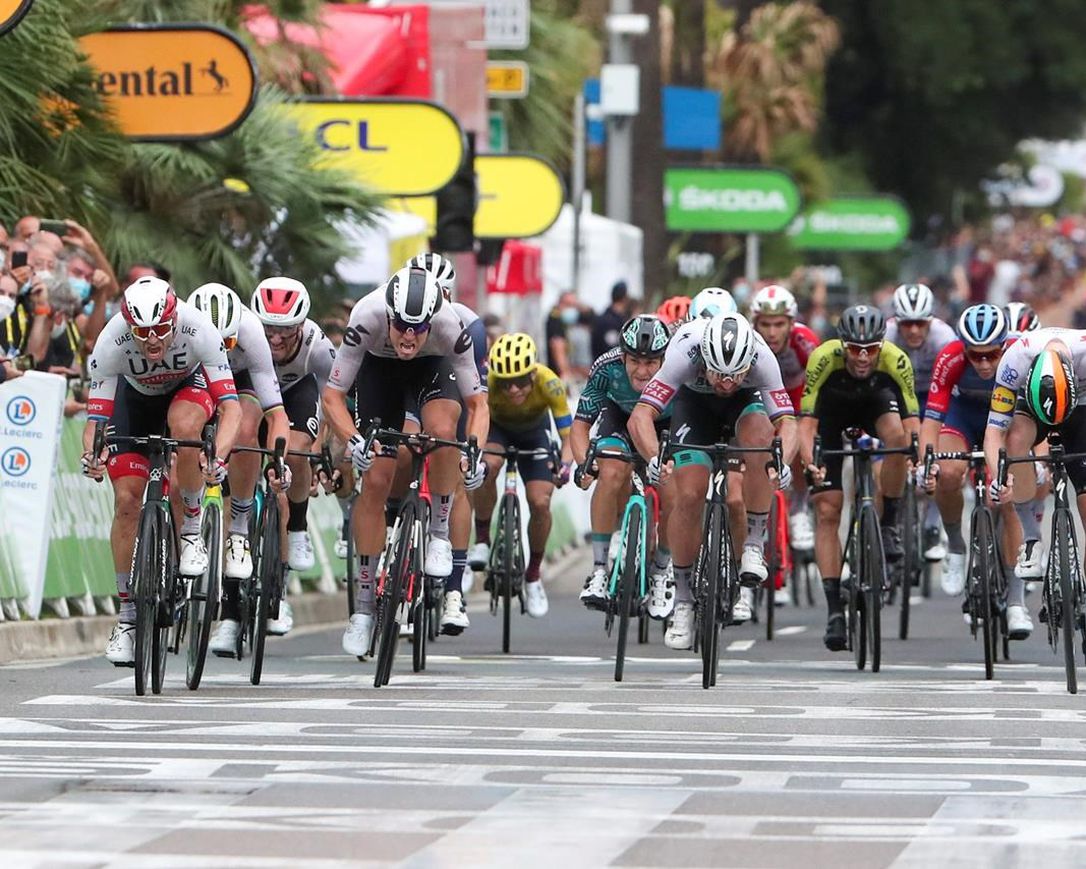 The world’s greatest bike race finally began on Saturday in Nice – a month late because of the COVID-19 pandemic.

The circumstances in which the re-arranged Tour de France is taking place are further complicated, with coronavirus cases rising sharply again across the country.

Tough health rules mean that the event may have to be halted long-before it arrives on the Champs Elysee in Paris at the end of the Grand Finale, currently due in three weeks’ time.

The strict ‘bubble’ concept outlined by the Union Cycliste Internationale aims to ensure that everyone associated with Le Tour is categorically COVID-free from start to finish, but if cases begin to pile up, teams and ultimately the race itself may be in jeopardy.

Norway’s Alexander Kristoff took the leader’s yellow jersey when he won the first stage on Saturday, beating Denmark’s Mads Pedersen in a sprint finish. It was the fourth stage win in Le Tour of his Kristoff’s career.

Julian Alaphilippe outsprinted Marc Hirschi to win stage two on Sunday, the Frenchman’s fifth stage victory in Le Tour. Marc Hirschi and Adam Yates gave chase and formed a three-man breakaway, but Alaphilippe was too strong for both riders as he sprinted to victory with the peloton rapidly closing in.