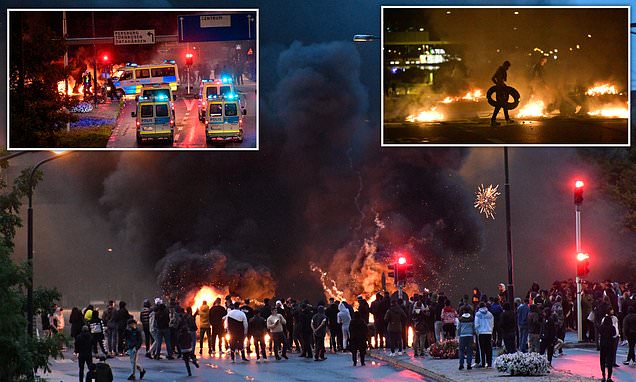 Violence erupted in Malmö on Friday after hundreds of anti-Muslim protesters attempted to defy a protest ban.

Rasmus Paludan, leader of the Danish far-right party Stram Kurs (Hard Line), had planned a rally in the Swedish town where, according to news agency AFP, he intended to set fire to a Quran.

Swedish police however denied him permission to stage the protest over “safety” issues for him and the locals.

Paludan attempted to reach Malmö anyways, but got arrested in the nearby town of Lernacken.

He was eventually banned from entering the country for two years amid worries “his behaviour” would pose “a threat to the fundamental interests of society”, said Swedish authorities.

This did not stop around 300 of his supporters to try to reach the southern Swedish town on Friday evening, throwing objects at the police and setting fire to debris, following the detention of three of them on suspicion of inciting racial hatred, according to Swedish media cited by AFP.