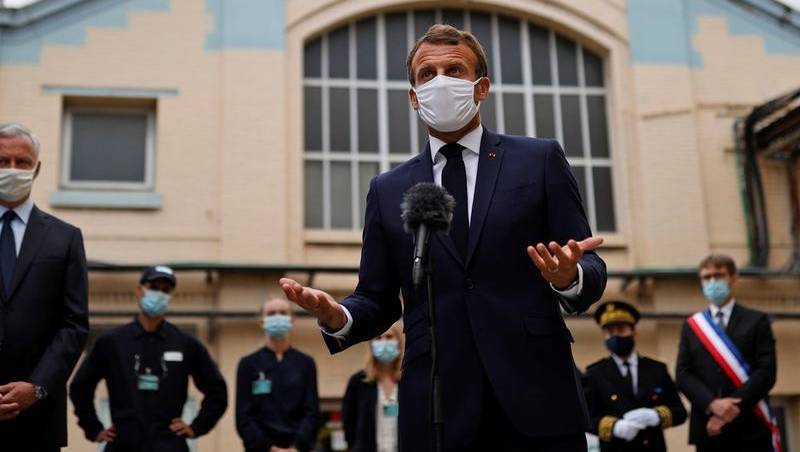 French president Emmanuel Macron said that “nothing, in theory, can be excluded” as he spoke to reporters on Friday about the current second of wave of coronavirus in the country.

“I would not have learned much from what we have lived through for eight months if I said I totally excluded it”, he said.

France registered over 7,000 new coronavirus infections on Friday, up from several hundred a day since levels recorded in May and June.

This is partly because the number of coronavirus tests has raised, reaching 890,000 a week, with a “short-term” goal set for a million a week by Health Minister Olivier Véran.

But the rate of positive cases has nonetheless increased to 30 positive tests per 100,000 people in 20% of the country’s regions, a figure that was in the single digits a month ago.

The government also promised this week to further increase testing capacity — after coming under fire for shortages of masks and tests when the virus first ravaged France.

Macron also said he will do everything it can to prevent a new nationwide lockdown by “learning to live with the virus”, adding that the government favours regional measures to stop the outbreaks.

Paris introduced compulsory face-covering on Friday, while people across the whole country will have to wear masks at work from Tuesday.

“We must bring everyone back to work,” Macron said, amid a troubled financial situation that saw France’s GDP falling by 13.8% between April and June, according to the national institute of statistics INSEE.

At the same time, the government is going ahead with plans to send France’s almost 13 million students back to school on Tuesday.

“Let’s have the same criteria,” he said. “Let’s not repeat the errors of March”.