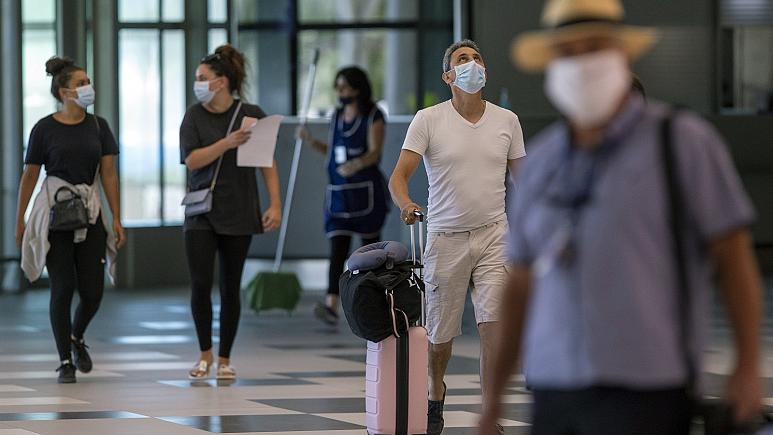 Travellers returning to the UK from the Czech Republic and Switzerland must quarantine for 14 days from 0400 on Saturday, a government minister has announced.

In a post on Twitter, UK Transport Secretary Grant Shapps indicated the move, which also includes Jamaica, was needed to keep infection rates down.

He added: “Quarantining on return from a non-Travel Corridor country is a legal requirement and you commit a criminal offence if you break that quarantine. Fines, as well as a criminal record, can result.”

The UK’s safe list is updated using data from the Joint Biosecurity Centre, an organisation set up by the government to help make policy decisions in the fight against coronavirus, and Public Health England.

The UK imposes quarantine measures on countries where the rate of infection exceeds 20 cases per 100,000 over a seven-day period.

The government said that data from Switzerland showed “a consistent increase” in the number of weekly cases. Infection incidence rate jumped 19% in a 7-day period from 18.5 cases per 100,000 on August 20 to 27 per 100,000 on Thursday.

Data shared by the government from Jamaica showed the highest spike among the three countries, with weekly cases per 100,000 increasing by 382% from 4.3 on August 20 to 20.8 on Thursday.

The UK Foreign and Commonwealth Office has updated its travel advice to advise against all but essential travel to the three countries.

Quarantine measures are set by each individual UK country but the Department of Transport said they would all be setting equivalent measures.

The removal of Switzerland and the Czech Republic from the UK’s exempt list comes after spikes in several other European countries saw them removed in recent weeks, including France, the Netherlands, Austria, Croatia and Malta.

Cuba will be added to the list of low-risk countries from which travellers can arrive from without now having to self-isolate.