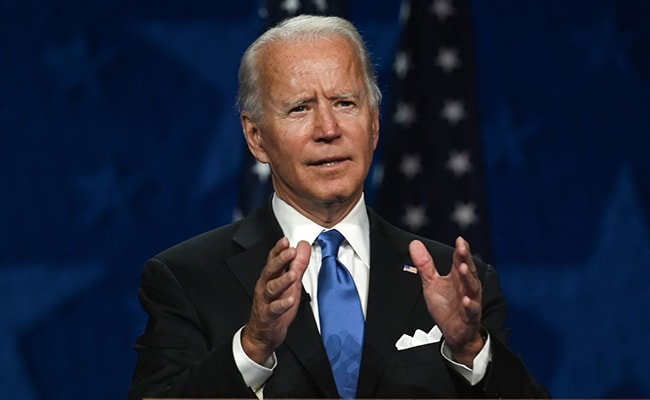 Joe Biden said Thursday he will soon campaign in person in battleground states that could decide the US presidential election, a change of course for the Democrat who has largely hunkered down during the coronavirus pandemic.

The new events, expected to begin next month, would be the first substantial campaign stops for Biden since March when he, Democratic nomination rival Bernie Sanders and President Donald Trump abruptly suspended in-person campaigning due to the health crisis.

“I’m going to be going up into Wisconsin, and Minnesota, spending time in Pennsylvania, out in Arizona, but we’re going to do it in a way that is totally consistent with being responsible,” the 77-year-old former vice president told reporters.

Biden, speaking during a virtual fundraising event, said he would get out and meet people in communities and local businesses, but not at “irresponsible rallies,” a likely reference to the large campaign gatherings that Trump has hosted in recent months in defiance of the Covid-19 threat.

“I’m a tactile politician. I really miss being able to, you know, grab hands, shake hands,” said Biden, who is known for his blue-collar roots and thrives on personally connecting with voters on the campaign trail.

“You can’t do that now. But I can in fact appear beyond virtually, in person, in many of these places.”

Biden made clear he would adhere to local guidelines and arrange to host events “without jeopardizing or violating state rules about how many people can in fact assemble.”

He said the first excursion into swing states — where polls show Biden holding slight leads over Trump — would occur “after Labor Day,” which is observed on September 7.

Biden noted how his presidential rival was delivering a tradition-busting speech Thursday night — essentially a large political rally — on the South Lawn of the White House as he accepts his party’s renomination at the conclusion of the Republican Convention.

An estimated 1,500 guests have been invited.

The Democratic convention was held last week, almost entirely online. The party had intended to gather in Milwaukee, Wisconsin for its political jamboree but the pandemic upended those plans.

Even after the in-person convention was largely scrapped, Biden had planned to deliver his address from Milwaukee, a sign of commitment to win back the state of Wisconsin which had flipped to Trump in 2016.

But Biden reversed that call and delivered his speech from a near-empty hall close to his home in Wilmington, Delaware, drawing scorn from Trump and other Republicans.