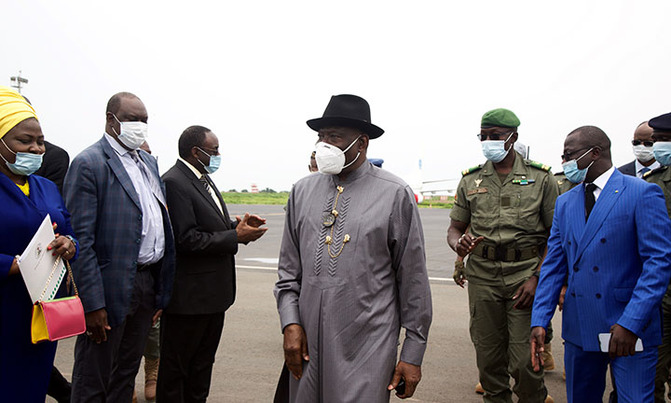 The international community increased pressure on the military junta that has seized power in Mali, as the Organisation Internationale de la Francophonie (OIF) suspended the nation from its membership Tuesday.

Its leadership agreed the move at an extraordinary session held via videoconference, while adding that it would maintain any cooperation that would help the civilian population and a transition to democracy.

The decision came a day after envoys from the West African bloc ECOWAS and the new military rulers said they had failed to agree on a timetable to return Mali to democratic rule.

The OIF also called for the liberation of the ousted president Ibrahim Boubacar Keita, who stepped down from power last week after the military revolt, saying he wanted to avoid bloodshed.

And they called for the establishment, as soon as possible, of “a transition government led by an civilian authority”. The OIF said it would be sending a high-delegation to Mali in the coming days.

The international community has already condemned the August 18 coup and ECOWAS has suspended Mali from its ranks.

ECOWAS has so far taken the lead in the international community in trying to negotiate a timetable for a return to civilian rule with the country’s new military leaders.

But both sides said Monday they had failed to reach agreement — and also that Keita no longer wanted to be restored to be power, which had been one of the initial demands made by ECOWAS.

Keita was elected in 2013 after running a campaign in which he pitched himself as a unifying force in a fractured country.

He was re-elected for a second term in 2018 but failed to make headway against the jihadists, and the ethnic unrest they ignited in the centre of the country further damaged an already sickly economy.

An outcry over the results of long-delayed legislative elections in April cemented his unpopular reputation, and in June a protest movement was born aimed at forcing him to resign.