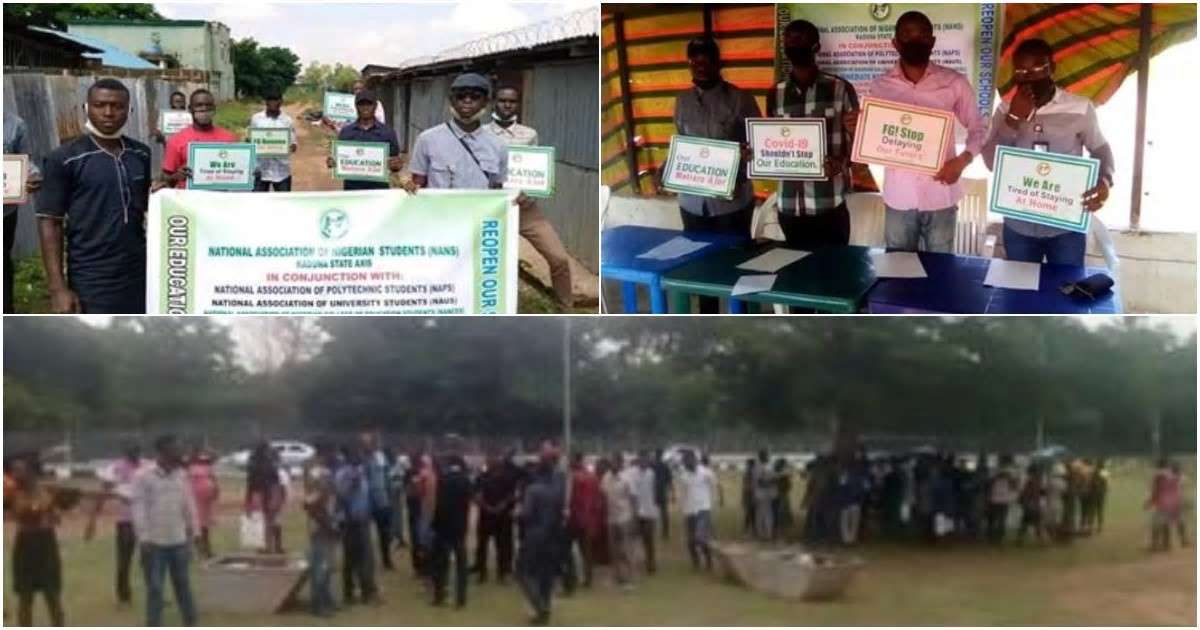 The Federal Government has addressed students protesting the continued lockdown of universities.

The Minister of State for Education, Mr Chukwuemeka Nwajiuba, has revealed that the Federal Government is making plans to fully reopen schools soon.

He made the revelation on Monday while pleading with protesting students.

According to a report by Punch, though he said no date has been fixed yet for full schools’ resumption, the minister urged protesting students to “be patient with FG”.

He explained that the government had continued to engage stakeholders, some of whom have expressed readiness to resume fully.

Secondary and tertiary institutions in Nigeria were closed due to the COVID-19 pandemic on March 19, 2020.

The minister expressed optimism that the date for resumption was “around the corner”.

He disclosed that he and the Minister of Education, Adamu Adamu, met some stakeholders in tertiary education on Monday on the issue.

He said that after aggregating opinions, he would return to the PTF to review the situation and then go ahead to make a pronouncement.

“I urge our students who have actually exercised a lot of patience along with their parents … I urge you to bear with us a little bit more. The rioting needs to stop; there is nothing to riot about.

“We don’t want to bandy around dates,” he said, “We remain positive,” he added.