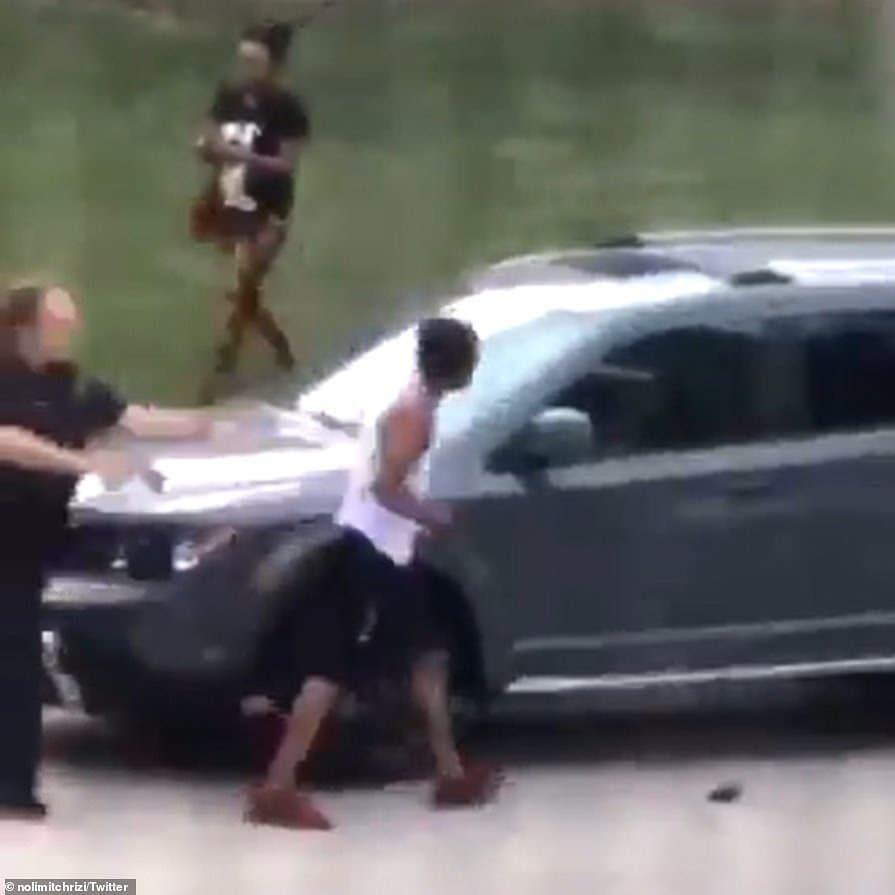 An unarmed black man was shot in the back seven times by a white police officer in the presence of his three children in Kenosha, Wisconsin.

The Police officers were called to the scene of the incident because of a domestic dispute in the neighbourhood. They responded but it ended with one of them shooting the black father on Sunday, August 23rd around 5pm.

The man identified as 29 year-old Jacob Blake, was airlifted to a Milwaukee hospital, where he is currently in a critical condition.

The shooting in Kenosha caused residents to gather and confront the officer at the scene on Sunday night.

The video of the shooting quickly went viral, which instigated riots and protest.

To manage the situation, the County of Kenosha declared a state of emergency and enforced a curfew until 7am on Monday Morning.

A video posted on social media shows a large group of protesters gathered outside a police station in Kenosha chanting “Black Lives Matter” and other slogans condemning the police.

Some protesters smashed the windows of several police squad vehicles.

Several videos of protesters’ actions have been posted on social media. A video shows a Kenosha police officer falling to the ground after eye witnesses say that he was struck with a brick.

In another video, a row of protestors are seen matching towards a line of officers clad in riot gear.

A dump truck that was parked at an intersection to prevent vehicles from driving towards the police station was set on fire.

In the viral video, Jacob Blake is seen walking around his car parked on the street and three police officers walking behind him in a form of confrontation.

While he was attempting to enter his car, a police officer grabbed his shirt and fired into the car seven times.

Eye witnesses reported that blake’s three children were inside the car.

Benjamin Crump, a civil rights attorney who represents George Floyd’s family, posted the video of the shooting on his twitter account and noted that the shooting took place right in front of Blake’s three children.

“They saw a cop shoot their father,

“They will be traumatized forever. We cannot let officers violate their duty to PROTECT us. Our kids deserve better!!”

Several witnesses said that Blake tried to break up a fight between two women outside a nearby home, according to Kenosha News.