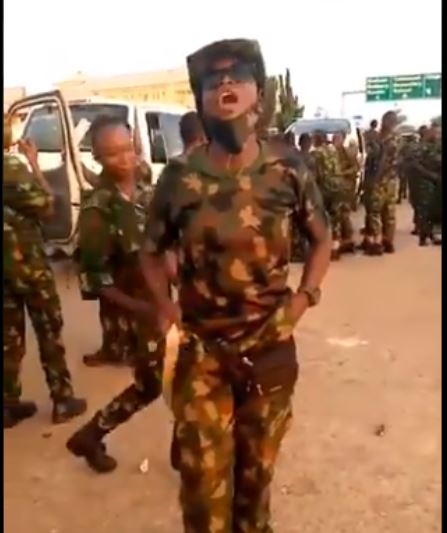 In the viral video, the new recruits are seen warning civilians of what will happen if they should ever err.

A really startling video that is making the rounds on social media has shown the puzzling moment some newly recruited soldiers vowed to deal with any civilian who steps on their toes.

In the video, the new recruits are seen warning civilians of what will happen if they err.

One of the new recruits was asked what she thinks of civilians and she said: “They are very useless and hopeless. If I catch them, body go tell them. Tell them say make them no cross my lane o. If them try am…”

Another said in the video: “The worstest thing on earth is to be a civilian.”

Sharing the video to Twitter, Ibn Rabiu wrote: “So, this is actually what is coming out from the mouth of the people that are supposed to protect us. We are really f***ed up in this country.”

Nigerians reacted to the video by tagging the Nigerian Army, while some defended them, saying they were just joking.