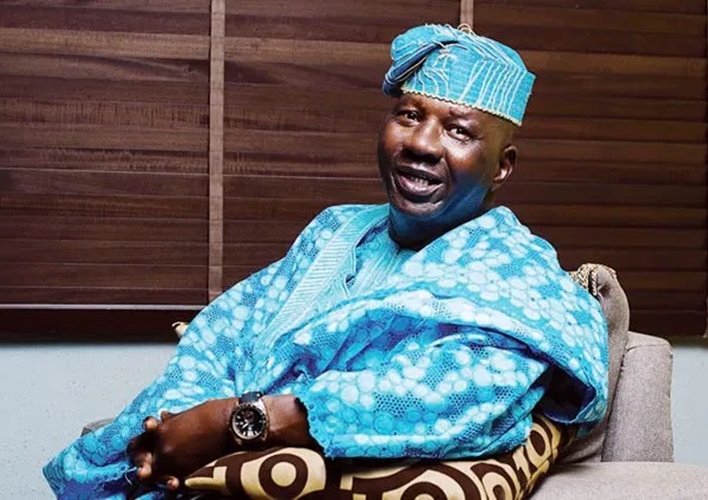 The rumour death news filtered into social media space in the early hours of Friday with friends and fans making efforts to reach out to him.

Babatunde Omidina, the veteran actor and comedian popularly known as Baba Suwe has debunked the rumour of his death, describing the development as sad and uncalled for.

The rumour death news filtered into social media space in the early hours of Friday with friends and fans of the Baba Londoner, Obe L’omo, Elebolo star-making efforts to reach out to him.

Debunking the death rumour, the Omolasan and Iru Esin actor in a chat, said he was informed about the death rumour, adding that he was surprised that people could go to any extent to wish death on their fellow human beings.

He expressed sadness over the calls he had received from family and friends, who according to him were worried about the death rumour.

“Anybody that wants me dead should be ahead of me and wait for me in heaven. It is very disturbing that people could wake up spreading false news about you, especially sensitive and wicked news at that. I am alive, I am well; I will be fine, I am not dead. I don’t think a dead man could be talking to you as I am right now,” he said.

Asked about his health, the Baba Jaiye Jaiye producer said he was doing fine, even though his voice was hazy when speaking on the phone, adding he was getting better and would not want to bother the public about his health condition, as he would love to keep his health issues private.

The actor of numerous credits was in April 2019 flown to the United States of America, where he went for treatment after falling ill to diabetes with the support of Rev Esther Ajayi, who supported the oversea medical treatment with a sum of N10million.

Actor Yomi Fabiyi had on February 24, 2019, announced that the sum of N10 million donation was received from Rev. (Mrs.) Esther Ajayi through actor and producer, Gbenga Adewusi aka Bayowa for the treatment of Baba Suwe in the United States of America.

Vice President, Prof. Yemi Osinbajo had on February 21, 2019, donated the sum of one million Naira to support the actor’s medical treatment. The donation was made through the Office of the Youth Organising Secretary, APC Lagos, Aregbe Idris.

The actor was on October 12, 2011, detained by the National Drug Law Enforcement Agency (NDLEA) on suspicion of drug trafficking after a body scanner at the Murtala Muhammed International Airport Lagos identified suspected drugs in his stomach.

With the assistance of his lawyer, the late Bamidele Aturu, a human right activist, the allegation was described as false and defamatory by the ruling of a Lagos High Court. This saw his fans and supporters cheered him as he left the court building after the hearing.

Since these incidents actor has not been active for years due to his failing health, which many attribute to his incarceration by the NDLEA.