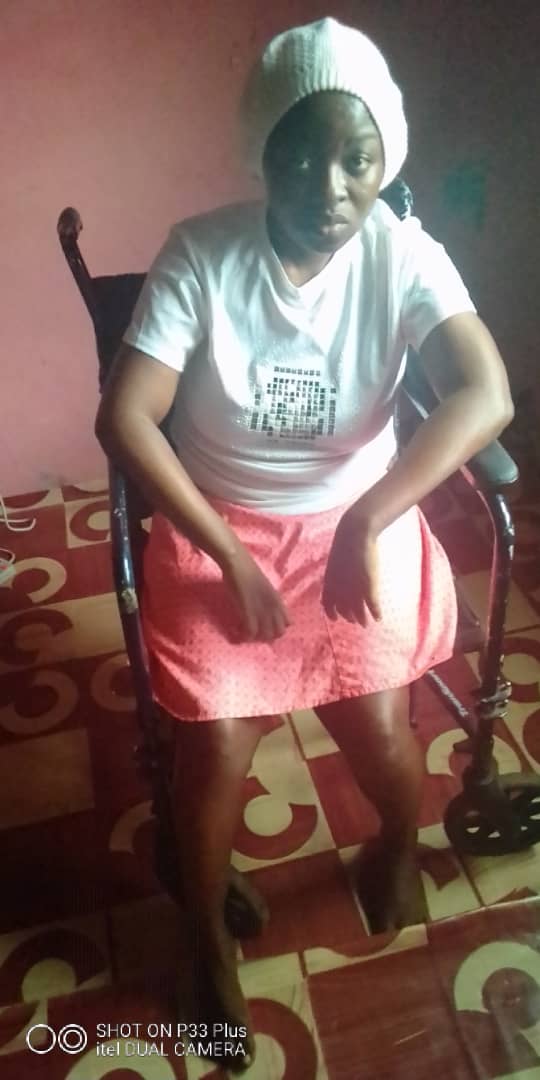 THIRTY-ONE-YEAR-OLD Rasaq Sherifat Folashade is partially paralysed. While her head, neck, brain, eyes, nose, mouth, tongue, and breathing are active, her arms, legs among other body systems have lost total function. Her mother who has been the only source of support since she lost her father last year (2019) due to the illness is desperately seeking help to raise money for a crucial surgery that would save her from going completely paralysed.

Folashade who was diagnosed of chronic typhoid and paralysis, requires N8 million to enable her dormant parts of the body become active.

Her mother, Rasaq Fatima, who hails from Osun State, told this reporter about her daughter’s ordeal, calling for help from well meaning Nigerians.

She said the problem started on October 18 2017, two years after her daughter graduated from The Polytechnic, Ibadan. According to her, Folashade (daughter) woke up to find one of her legs paralysed. Months later, she could not eat, bath or do anything with her arms and legs due to taking her from one place to another in quest for solution.

“We had to take her (Folashade) to Trauma Medical Centre, Ondo where she was diagnosed of having partial paralysis and admitted for some days before leaving there due to financial constraints that held us back.

“It was from there that we were referred to Federal Medical Centre, Owo to seek further medical treatments.

“We were told by the hospital that it would cost a minimum of N8 million to get her to normalcy. I am old while my husband is late. All our earnings and life savings went into her medical treatment. She (Folashade) had to dispose her shop where she sells provision to foot some of the medical bills but all to no avail,” she said.

READ  Sowore: We Were Given N1m Not To Protest - Adeyanju (video)

Fatima said her husband’s family refused them access to the latter’s (late Rasaq) properties, which makes things more difficult as they spend huge sums of money on drugs ever since.

She appealed to well-meaning Nigerians to come to the aid of the family and help save Folashade from losing her body system and her life, especially as the situation is making her blood pressure to be on the high side.

A breakdown of the cost as provided in a letter from Federal Medical Centre, showed that approximately N8 000 000 is required for the treatment and other incidental expenses. Watch her video below: