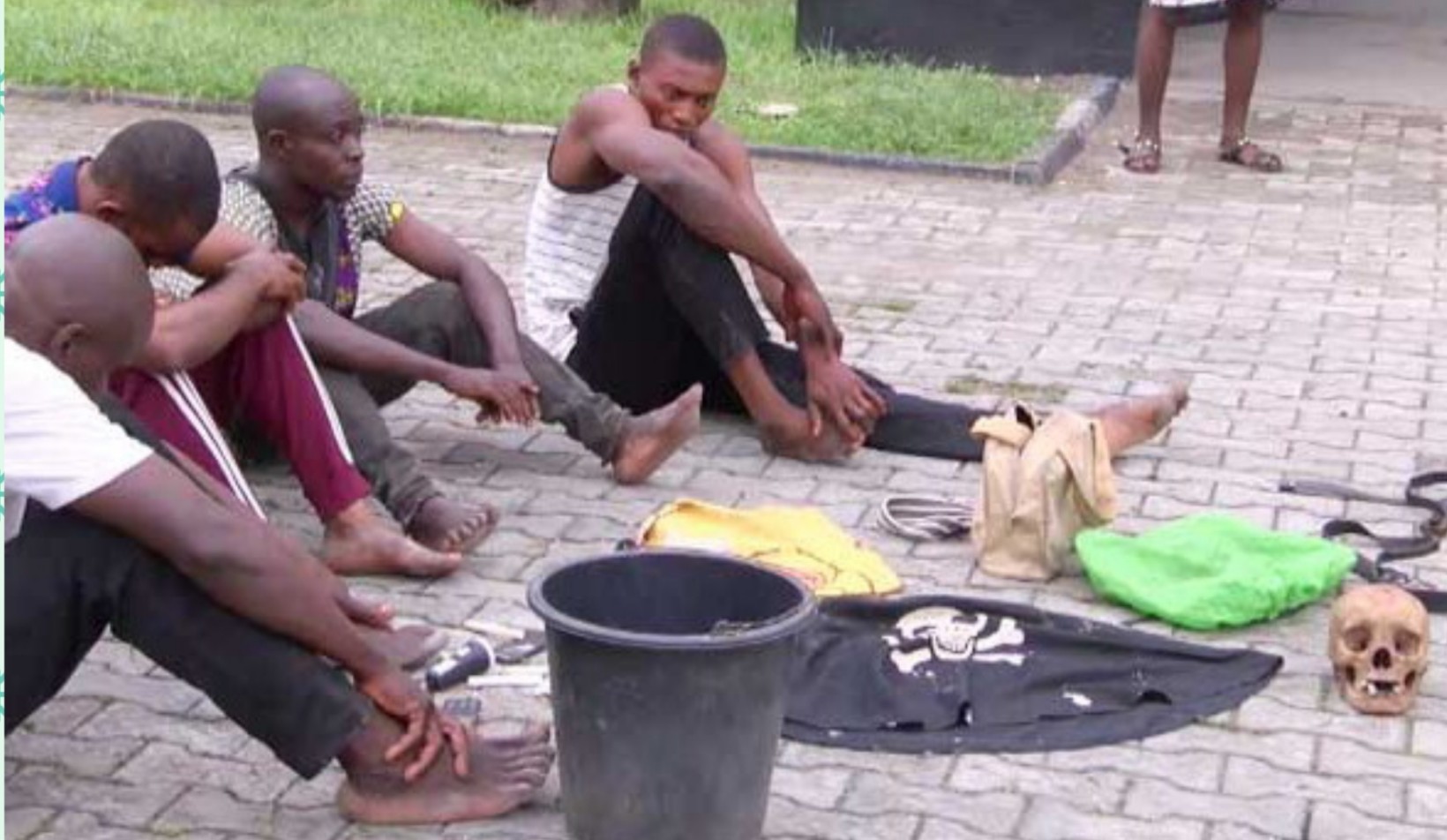 They were arrested and paraded at the Nigeria Security and Civil Defence Corps (NSCDC) in the south-south region of the country.

Speaking during a press conference in Calabar on Friday, the State Commandant of NSCDC, Danjuma Elisha, said the suspects were apprehended following a raid on a compound in Ogoja area.

“This is a case of suspected cultism, ritualists in Ogoja Local Government Area. They were found with all the items they used in their activities.

“We raided the place because it is a compound. Eventually, four of them were found to be the people involved. So we are targeting them this time for the public to see,” he said.

Some of the suspects paraded by the NSCDC in Calabar, the Cross River State capital.

Asked about the command’s response in tackling the menace of cultism in the state, Elisha said the NSCDC, police and other security agencies were doing their best.

He, however, said that the state government has taken decisive actions by demolishing houses suspected to be linked to cultists and their leaders, adding that security agencies have been supporting efforts of the government.

He said the suspects will be handed over to the police for further investigation and prosecution.

Meanwhile, the Commissioner of Police, Abdulkadir Jimoh, said the State Police Command will continue to strengthen the security situation in the state.

The police boss also warned that those caught in criminal acts must be made to face the full wrath of the law.