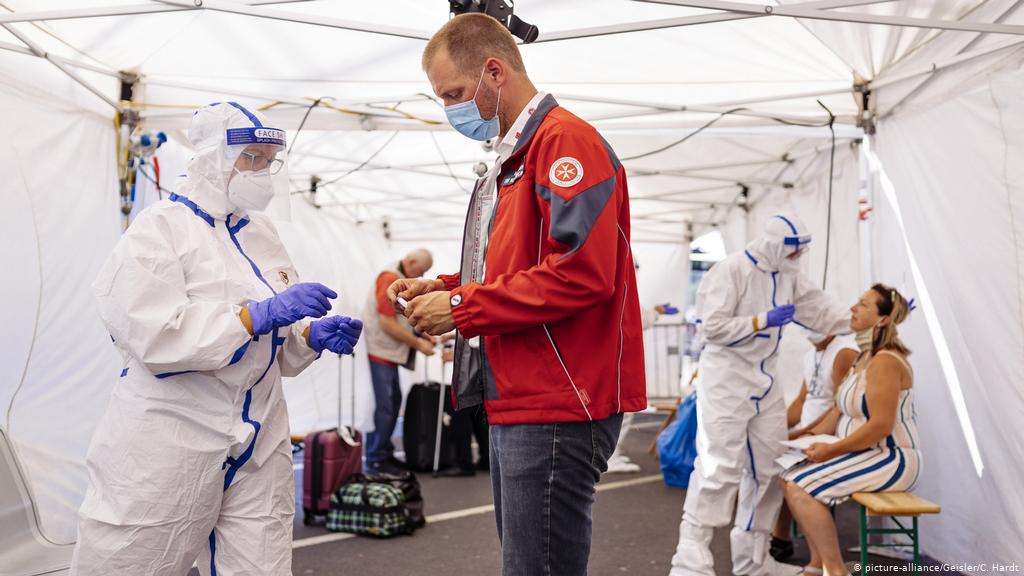 Germany has recorded its highest number of new COVID-19 cases in almost four months on Saturday.

There have been 2,034 new cases of coronavirus in the past 24 hours, bringing the country’s total to over 232,000 since the start of the pandemic – the country’s Robert Koch Institute (RKI) reported – while seven people died, bringing the death toll to 9,267.

Coronavirus cases in Germany have been rising since late July. The reemergence of the virus in the country has been mainly driven by social events and returning travellers from abroad.

There are currently dozens of countries deemed as “high-risk” by Germany.

Returning travellers from such places, including areas of Belgium, Croatia, Bulgaria, Romania and Spain, as well as the whole of the US and Russia, need to self-isolate for 14 days upon arrival.

Luxemburg has been taken off the list on August 20.

The spike in new cases has also been caused by the reopening of schools. At least 41 in Berlin have reported infected teachers or students – not even two weeks following their reopening in the capital.

Hundreds of students and teacher are currently in quarantine, according to local paper Berliner Zeitung, including elementary schools, high schools and trade schools.

Chancellor Angela Merkel expressed criticism on Thursday that there are too many different regulations in place across the country, saying “people simply don’t understand” why they’re allowed to do one thing in Berlin that may be banned in Bavaria.

Plans are underway to harmonise the different COVID-19 rules across Germany.

Large gatherings however remain banned until at least the end of October.

Merkel recently said she doesn’t plan to relax restrictions anytime soon given the spike in cases.

Biggest single-day increases were recorded in the past 24 hours in Czech Republic and Slovakia too.