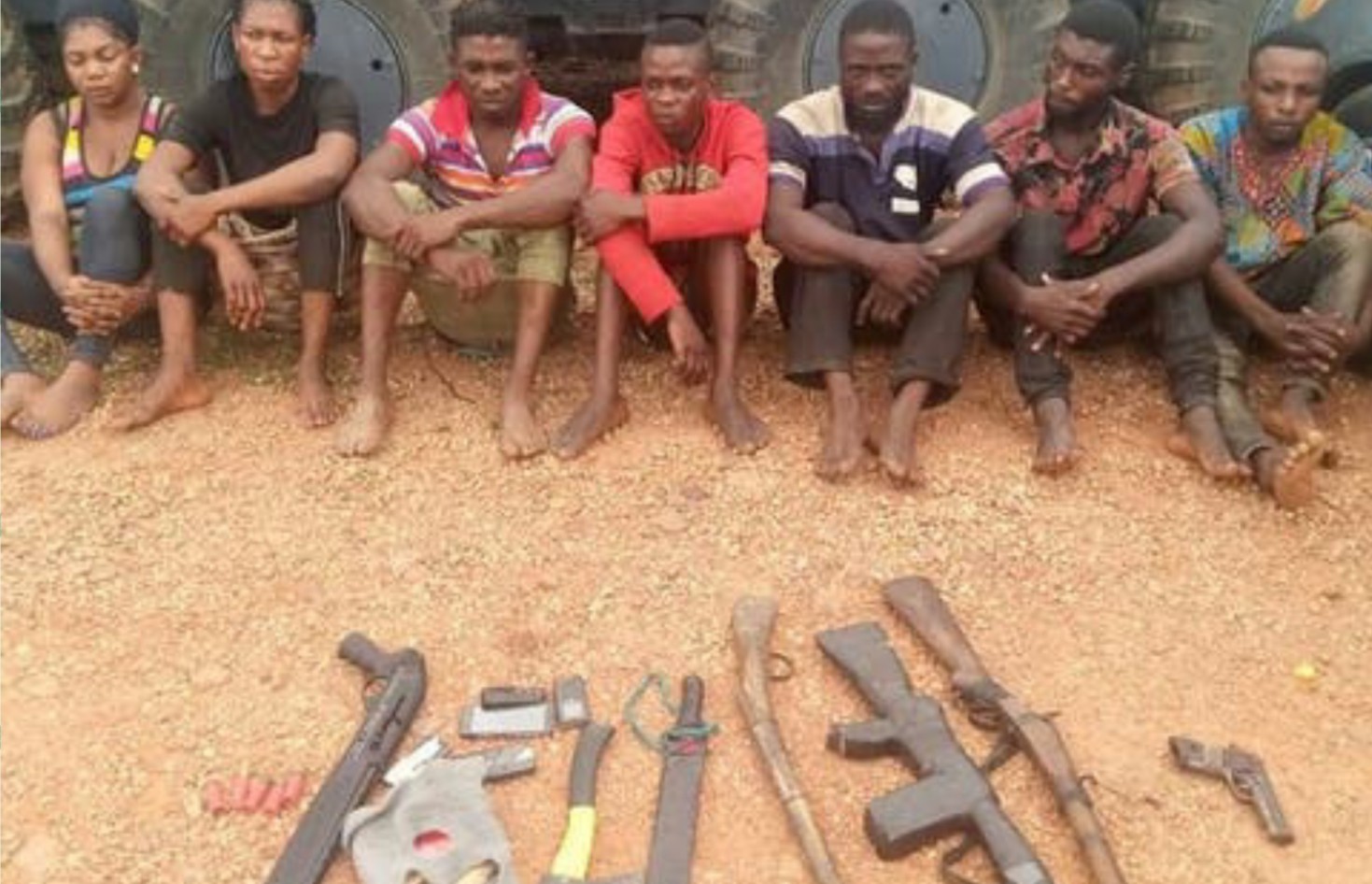 The Ekiti State police command, on Wednesday, paraded no fewer than 18 suspects in connection with various crimes in the state.

Their crimes according to the police range from armed robbery, cultism, raping and kidnapping.

The Commissioner of Police, Ekiti Command, Mr Tunde Mobayo, while parading the suspects explained that the command was poised to fight crimes and criminalities in the state, urging residents to support the command with timely and useful information on crimes in their domains.

The CP, who spoke through the Police Public Relations Officer (PPRO) ASP Sunday Abutu, “A gang of masked men numbering four, robbed their victims at gunpoint and blocked Aisegba/Ilumoba express road and stole cash of N540,000.00, one HP laptop computer valued N80,000.00 and later we arrested one of the gang members, Solomon Alexander.

“On 10/08/2020, a complainant, who is the suspect’s mother came to our station and reported that her daughter one Idris Mary, left home and never returned. Upon investigation, Mary Idris, was arrested and she confessed to have planned her fake kidnapping alongside Olawuse Victor, in order to extort money from her parents.”

The command, according to the Abutu arrested one Femi in Ajilosun area of the state capital for allegedly abducting and defiled a sixteen-year-old girl.

“During interrogation, the suspect confessed to have committed the crime by forcing the victim to drink beverage already mixed with hard drugs through which she lost her consciousness three days,” the PPRO said.

He added “On the 09/08/2020, five suspects were arrested and confessed to being members of the Black Axe (Aiye) secret confraternity at Ikere-Ekiti, during initiation rite at the scene of the arrest. They include Ojo Ademola, fatuki Tosin, Sani Mohammed, a.k.a. Tom, tom, Fagbehingbe Timilehin, Ayodeji and Arowosegbe Okiri.

Abutu revealed that all the suspects would soon be arraigned in court for prosecution upon completion of the investigation.