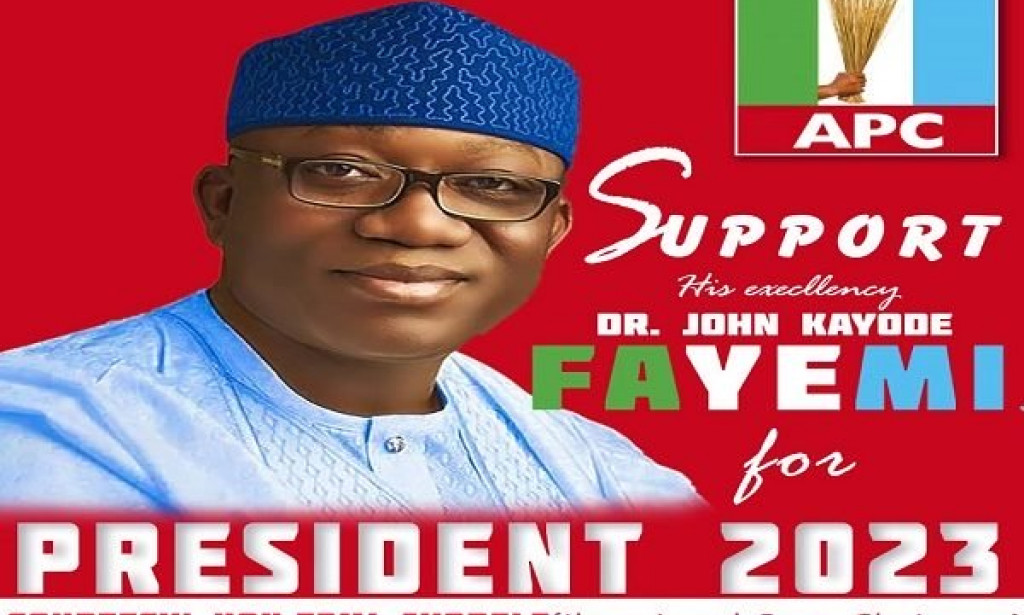 Ekiti Governor Kayode Fayemi has dissociated himself from campaign posters for his election as a presidential candidate under the platform of the All Progressives Congress (APC) in 2023.

The posters, which have become subject of political debates and innuendos on different platforms, shows Governor Fayemi clad in an adorable sky blue Agbada with a blue striped Awolowo cap.

The message on the posters with APC logo reads: “Support His Excellency Dr. John Kayode Fayemi for President 2023”.

Reacting to the development, Fayemi, in a statement by his Chief Press Secretary Yinka Oyebode, said he was unaware of the posters.

He said: “Dr Fayemi does not have any knowledge of the campaign poster neither did he authorise Mr Ayodele or any person or group of persons to start a campaign on his behalf.

“As a matter of fact, Mr Ayodele does not and cannot speak for the Governor on any matter, be it policy, administrative or political.”

He added: “Governor Fayemi has reiterated over and over that he has a four-year mandate as Governor of Ekiti State and he is focused on actualising his promises to the people of the state through pragmatic leadership and systemic implementation of his administration’s five pillars of development.

“This also serves as a note of caution to political appointees, government functionaries, political associates and groups to operate within the ambit of decency and steer clear of actions that are capable of distracting the government, the party and the Governor.”