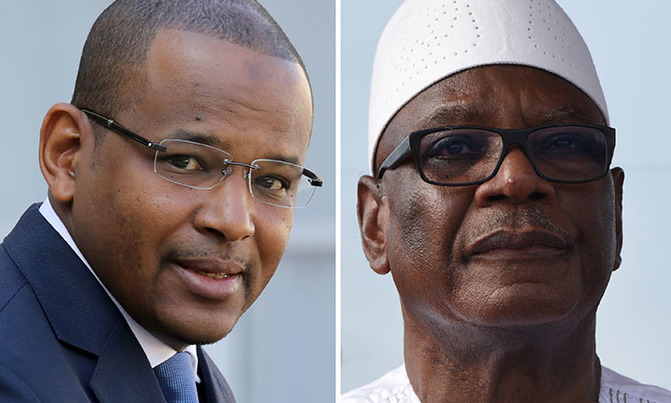 Some rampaging soldiers in Mali have held the president and prime minister hostage.

The duo were detained by mutinying soldiers on Tuesday night, according to a regional official.

Earlier on Tuesday, soldiers took up arms at the military base in Kati, a town 15 kilometers (nine miles) from Bamako, and began arresting senior military officers.

The Economic Community of West African States (ECOWAS) on Tuesday said soldiers had launched a “mutiny” and urged them to immediately return to their barracks.

“This mutiny comes at a time when, for several months now, ECOWAS has been taking initiatives and conducting mediation efforts with all the Malian parties,” the 15-nation bloc said in a statement.

Sources told DW that Colonel Sadio Camara could be behind the military uprising. DW also learned that several high-ranking politicians and officials have been arrested, including the Minister of Finance Abdoulaye Daffe and the chief of staff of the National Guard.

The national radio station ORTM was evacuated. According to ORTM employees, a column of possible putschists is said to be on its way to the station.

DW correspondent Mahamadou Kane, who is in Bamako, said: “At the present time the situation in Kati and Bamako is still very confusing. Panic reigns in both places. It’s also not completely clear, whether it is just a mutiny or a military coup.”

“More and more people are gathering at Independence Square in support of the government-critical M5-RFP movement that wants to see the resignation of the president and the prime minister Boubou Cisse. They seem to support the military but it remains unclear what the demands of the military are.”

“Access to Kati and strategic places in the capital have been blocked for hours. The situation remains volatile,” added Kane.

Anti-government protests linked to M5 began in July over what they say are failures to restore security and deal with corruption. At least 14 people have been killed in the recent unrest, according to the United Nations and human rights activists.

The French and Norwegian embassies in the West African country reacted quickly, urging people to stay inside their homes in response to the unrest.

The French Foreign Ministry later condemned the mutiny “in the strongest terms” and urged the Mali military to return to barracks. Over 5,000 French troops are stationed across the Sahel region that includes Mali to counter jihadi violence.

Etienne Fakaba Sissoko, head of Mali’s Center for Political, Economic and Social Research and Analysis, told DW that the move would help the government, irregardless of whether there was a coup or a mutiny — as neither would likely have the full backing and would cause splits in the military and the public. The confusion caused by this could be a “lifeline” to the regime, invoking it to restore constitutional legality and legitimacy. “In this way, the government could gain international support that could then demand an end to attempts at destabilization.”

Kati saw a mutiny in 2012 that led to a coup d’etat that ousted then-President Amadou Toumani Toure and contributed to the fall of northern Mali into the hands of jihadi militants.