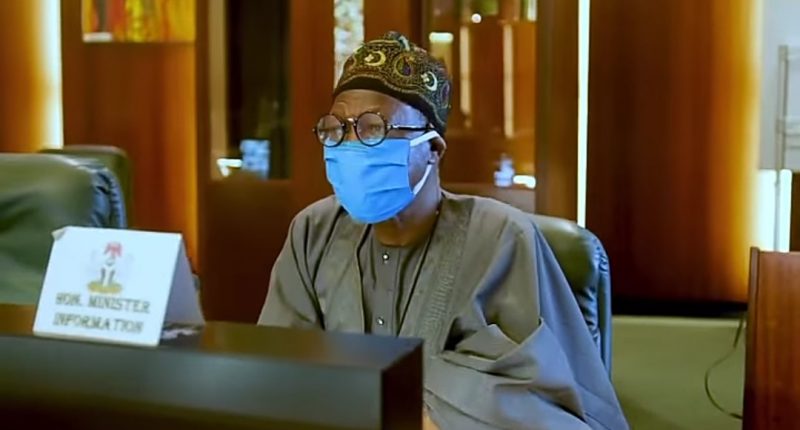 The lawyer challenged the imposition of N5m fine and the threat by NBC to punish broadcast stations over alleged hate speech.

Human rights lawyer, Inibehe Effiong, has sued the Minister of Information and Culture, Lai Mohammed; the Federal Government and the National Broadcasting Commission for arbitrarily amending the Broadcast Code and hiking the fine for hate speech from N500,000 to N5m.

In the originating motion filed before a Federal High Court in Lagos, Effiong challenged the imposition of N5m fine on Nigeria Info 99.3FM, Lagos, and the threat by NBC to punish other broadcast stations in the country over alleged hate speech.

The suit comes days after the NBC fined Nigeria Info for granting an interview to a former Deputy Governor of the Central Bank of Nigeria, Dr Obadiah Mailafia, who claimed that an unidentified northern governor was a Boko Haram commander.

The NBC had threatened that any TV or radio station that allowed elected officials to be insulted on its platform would be fined N5m or shut down.

The NBC board had also alleged that Mohammed hijacked the responsibility of the NBC and unilaterally hiked the fine for hate speech without consultation.

Effiong in his supporting affidavit told the court that the actions of the NBC, the minister of Information and the Federal Government had gravely affected his freedom of expression and that of broadcast stations, broadcasters and other Nigerian citizens, who also appear as guests on radio and television stations to express critical views about the government and public office holders.

The lawyer argued that “abusing” or “insulting” the government cannot be criminalised in a democracy.

He contended that the expression “hate speech” is not defined under any written law and cannot be invoked or penalised based on the capricious expectations of the respondents.

The activist reminded the court that Nigeria has passed the era of colonialism and military dictatorship, adding that Lai Mohammed, NBC and the Federal Government were “seeking to subvert Nigeria’s constitutional democracy with the attendant liberties and foist a civilian dictatorship on the country.”

The lawyer also asked the court to nullify and set aside the penalty of fine or other penalties imposed on broadcast stations by the NBC.