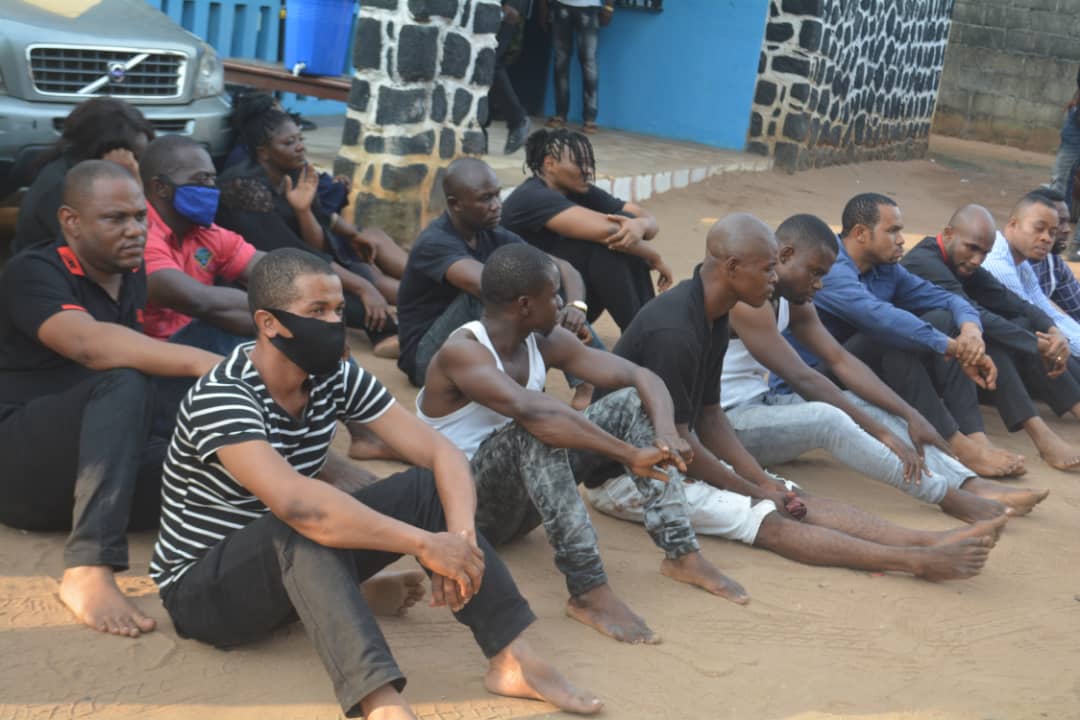 The convoy of the Imo State Governor, Hope Uzodimma reportedly suffered an attack on Monday, August 17 while the Governor was on his way to the 34 Artillery Brigade in Obinze to inaugurate an officers mess built by the state government.

The hoodlums fully armed with guns and machetes who reportedly attacked the governor’s convoy are said to be workers of the Imo State Oil Producing Areas Development Commission (ISOPADEC).

It was also learnt that the workers were protesting non-payment of their salaries.

Police arrest 15 suspects for allegedly involving in Governor Uzodinma’s convoy attack
Suspects
Reacting to the attack, the Imo State Government said its position that most of the protests in the state were sponsored by the opposition had been vindicated.

The Police Commissioner in the state, Isaac Akinmoyede confirmed the arrest of 15 suspects linked to the attack.

According to the police, the attackers were arrested with one locally-made pistol, two machetes, a mask, a chain and a padlock.

The Police boss also disclosed that the incident which occurred around Concord area of New Owerri, did not claim any life.

“They attacked the vehicles in the convoy with a locally made pistol and machetes.

“But in the process, windscreens of some of the vehicles in the convoy were smashed and the vehicles damaged.”

The police commissioner added that the suspects have been handed over to state Criminal Investigation Department for further investigation.