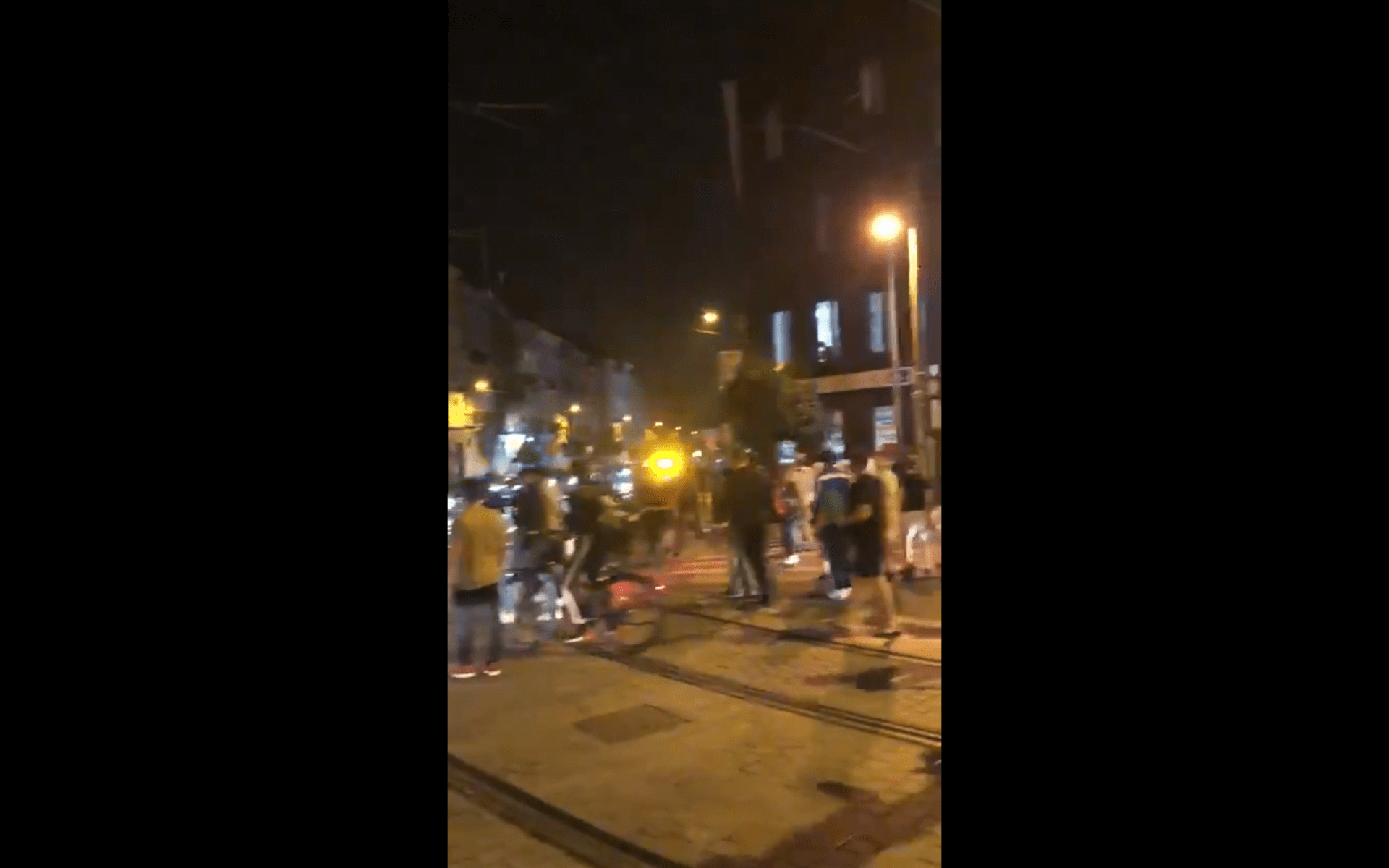 The SLFP Police union tweeted video footage on Sunday of the uproar that took place during an arrest in Schaerbeek on Friday night.

A 17-year-old man injured two policemen during the incident. The union also claims that one of the officers was stabbed in the back of his bulletproof vest.

“It is time the public knew how things are going in Brussels neighbourhoods,” said SLFP Police vice-president Vincent Houssin.

The police and prosecutor’s office said on Saturday that the 17-year-old had opposed an identity check, not complying and appealing to other individuals present to help him, following which the police officers were injured.

In the footage, a man flees from the police, while passers-by are watching. “Colleagues were surrounded by dozens of other people. An officer was also reportedly hit by a knife on his bullet-proof vest during the incident, but I am leaving this to the police zone to confirm,” Houssin said.

“After the riots in Anderlecht a few months ago, we said that from now on we would share video footage.” The incident in Schaerbeek was “more than just a disturbance, our policemen were surrounded,” Houssin said.

“We don’t want words, we want action. We want better support for the police,” he said. “It’s time for politicians to break the silence because everyone knows what’s going on,” he added.

On Saturday, the youth judge decided to place the suspect in an open institution. The minor is one of the individuals who were arrested following a fight on the beach of Blankenberge a week ago. The public prosecutor’s office in Brussels has also confirmed his involvement in these events.