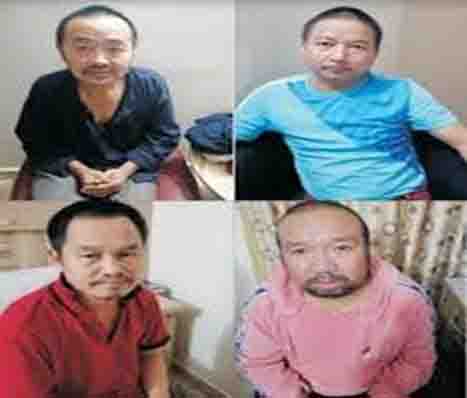 Some Chinese nationals abducted by gunmen have been rescued after 26 days in captivity.

They were rescued after 26 days in captivity.

The victims were kidnapped at gun point by unknown gunmen at Danatrite Construction Company where they work.

A Police Sergeant, Ifere Sampson, who was securing the company was shot dead before Kan Jinxi, Hujinchang, Jiang Jijun and Cheng Qing, were whisked away in the early hours of Wednesday, July, 22, 2020.