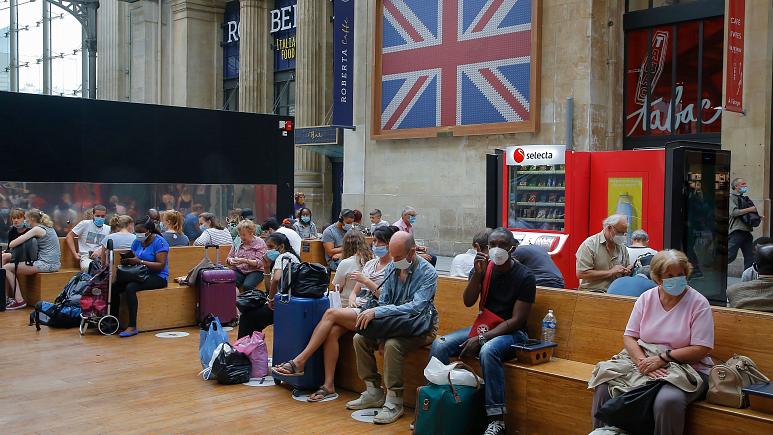 The quarantine imposed by the UK on arrivals from France has come into effect, as coronavirus restrictions resurface throughout Europe amid a continued rise in cases.

France has promised a “measure of reciprocity” after the UK added the country to its list of nations where any arrivals have to spend two weeks in self-isolation.

Late on Thursday, the UK government announced arrivals from France, the Netherlands and Malta would have to quarantine after 3am GMT on Saturday – giving hundreds of thousands of holidaymakers a short window of time to get back to avoid being stuck in self-isolation.

France is the second-most popular holiday destination for British tourists after Spain – which is also on the quarantine list.

In the French ports of Dunkirk and Calais – whose mayor called the UK quarantine move an “aggression” – many British travelers were lining up in their cars to take the ferries crossing the Channel to Britain.

Travel possibilities were limited for those scrambling to get back, with Air France, Eurostar and the Eurotunnel getting quickly booked up.

After a lifting of restrictions across Europe, and the reopening of borders giving the travel and tourism sectors a ray of hope for the summer season, the world appears to be closing back up.

In Paris, which is seeing a circulation of the virus well above the national average, masks have been made mandatory from Saturday morning in new districts, including the Louvre museum, and on part of the Champs-Elysées. Gatherings of more than 10 people not complying with the barrier measures are prohibited.

In the southwest of France, the Assumption celebrations that usually attract up to 25,000 pilgrims to Lourdes, one of the most important Christian pilgrimage sites in the world, will be reduced to the bare minimum.

“We will be able to welcome 5,000 pilgrims in the Basilica of St. Pius X and 5,000 in the rest of the shrines,” said Vincent Cabanac, director of the National Pilgrimage.

Since Friday, the wearing of masks is mandatory in the shrines and in the streets near the religious enclosure. And the rule is scrupulously respected.

Masks are compulsory for the entire country outdoors in Spain, which is seeing a large rise in cases with 3,000 two days in a row.

The government has blamed the rise on nightlife, and has now shut discos and late night bars, and limited visits to retirement homes, banned smoking in the street, and tightened police controls.

Germany has classified Spain, with the exception of the Canary Islands, which are very popular with German tourists, as a risk country, making quarantine and screening tests compulsory for those returning from the Canary Islands.

At the Greek border, thousands of Albanians working in Greece were stranded on Friday, trying to get through before Sunday’s entry into force of the requirement to present themselves with a negative Covid-19 test.