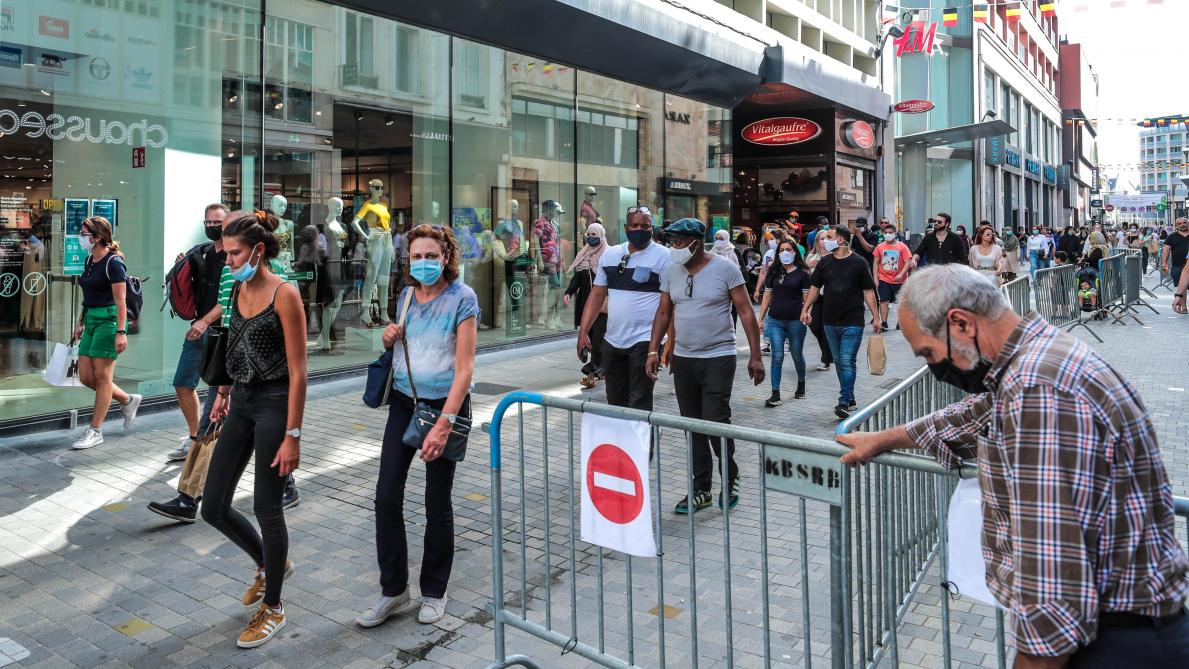 From now on, national health institute Sciensano will calculate and publish the R-number (reproduction number) for the new coronavirus per province, officials announced on Wednesday.

Previously, the R-number — which indicates how many new people an infected person infects — was only shared on a national level, but as the increase in new infections differs greatly per province, the value will also be calculated at a more localised level, virologist and interfederal Covid-19 spokesperson Steven Van Gucht said.

Currently, the R-number for Belgium is 1.27, which means that the epidemic is still growing on the national level. The number for most provinces, however, is lower than the national one, except in West Flanders (1.37), Walloon Brabant (1.34) and Namur (1.27). The national R-number is calculated on the basis of the number of hospital admissions, because that is a stable and fast way, according to Van Gucht.

On a provincial level, however, the number of hospitalisations per province is too low to use, so the institute uses the number of infections.

This method, in turn, depends on the testing strategy, according to Van Gucht, acknowledging that this could be a drawback, but adding that the strategy has “strongly evolved since March.”

The basic reproduction number, the R0 value, for the coronavirus is estimated to be of around 3.28. “This means that if you let the virus take its course, and do not take any measures, one infected person will infect an average of 3.28 new ones,” Van Gucht said.

The reproduction number depends on the biological characteristics of the virus itself, but also on our behaviour as humans.

“The number is determined by the measures taken to contain the virus, as well as by an increase in the number of immune people as the virus spreads in the population,” said Van Gucht, adding that it evolves continuously.

As long as the R-number is higher than 1, the epidemic will continue to grow. “However, if the number drops below 1, — meaning that one person, on average, will infect less than one other person — the epidemic will shrink and slowly extinguish,” Van Gucht added.