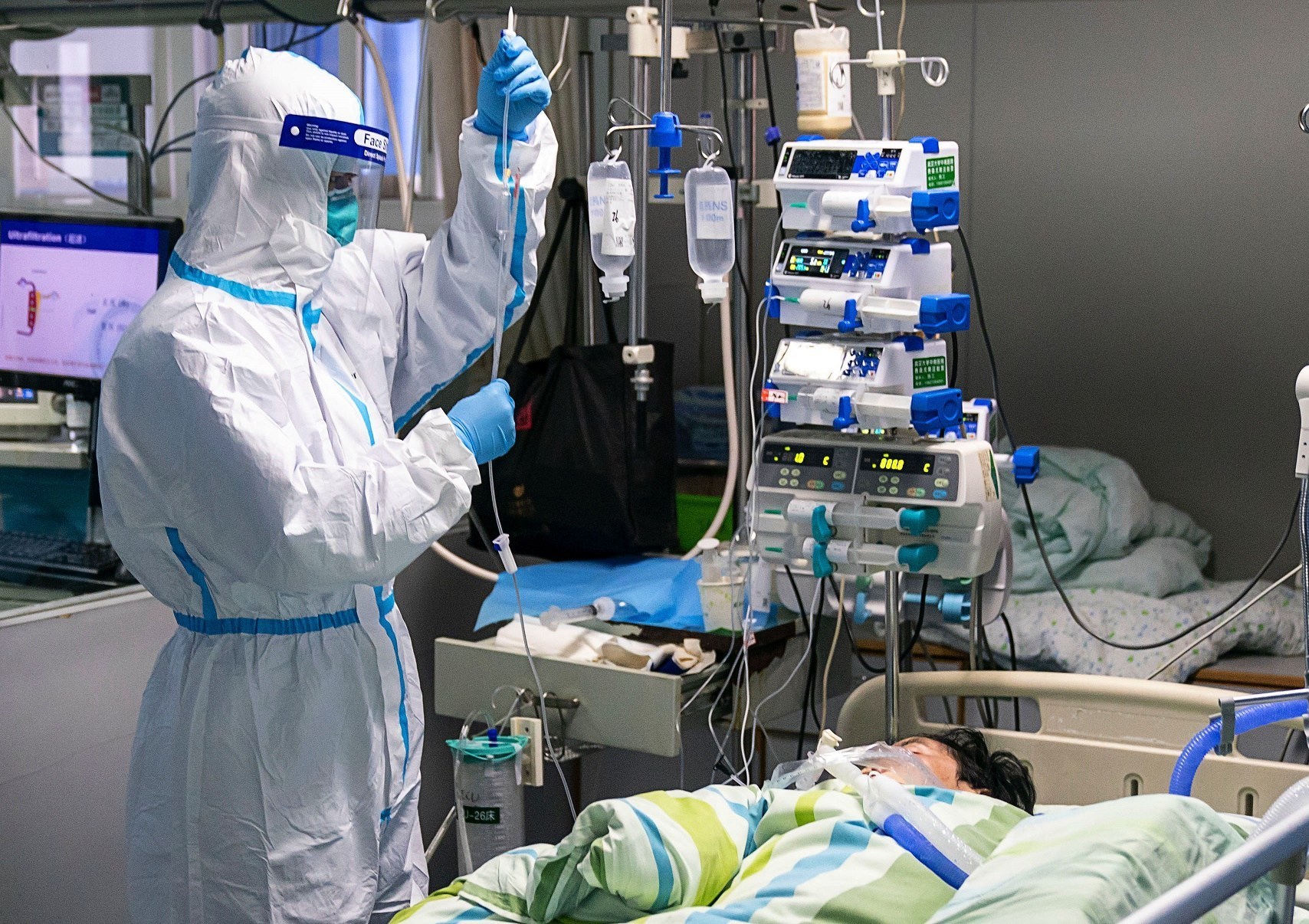 The first wave of the coronavirus crisis hit most countries unprepared and left often retirement and nursing homes in Belgium and other countries to care for their vulnerable residents by themselves.

In Belgium, half of all corona related deaths took place in such homes. According to the latest epidemiological bulletin (11 August) from Sciensano, the federal health authority, the virus has claimed 9,879 deaths, thereof 4,897 in retirement or care homes.

This places Belgium at the top in the number of mortalities per 100 000 inhabitants (86,5) according to Johns Hopkins Coronavirus Resource Centre. Counting methods and testing procedures in countries differ and have changed during the crisis so figures are not necessarily comparable. The age composition of the population also differs.

The case fatality rate in Belgium – the number of fatalities divided by the number of confirmed cases – is also among the highest in the world (13,2 %). The number of tests in Belgium has increased and was around 20 000 per day during the first week of August with only 3,3 % of the persons tested positive.

While the authorities have acknowledged the lack of instructions, testing and protective equipment at the retirement homes, they dismiss any allegations of patients being refused treatment at the hospitals and age being the sole criterion for access to intensive care.

The New York Times (International Edition, 10 August) claimed in an article covering the front page and a whole page inside the newspaper that older patients were left to die because the hospitals rejected them and ambulances refused to take them to the hospitals, even when there were enough hospital beds in Belgium and the health care system was not overwhelmed.

“They wouldn’t accept old people,” said Shirley Doyen, the co-owner of the Cristalain nursing home in Brussels, to the newspaper. The situation at this nursing home was apparently desperate and 14 residents were confirmed to have died of COVID-19.

“This a very unfair and unjust view on what happened in Belgium during the first wave,” Geert Meyfroidt, professor in intensive care medicine at Leuven university hospital (UZ Leuven), told The Brussels Times. On 3 July, he gave a presentation of the situation for the corona commission at the Flemish parliament. A draft report has already been approved but its release is not known yet.

In planning the ICU (intensive care units) capacity, the total needs of COVID and non-COVID patients was considered. “There is always a need for beds for non-COVID patients as well, even if much as possible of their treatment was postponed,” Meyfroidt explained. It appears that 40 % of ICU beds were reserved for or already occupied by non-COVID patients.

According to The New York Times, 14 percent of gravely ill residents made it to hospitals. “The rest died in their nursing homes.” The newspaper refers to government data compiled by Belgian scientists and released to the newspaper but does not mention their names.

The newspaper based its article mainly on information from one nursing home but refers also to other nursing-home administrators and doctors. Médicines Sans Frontières (MSF – Doctors Without Borders), an international help organisation, is referred to as having said that 30 % of the homes where is was working reported that hospitals did not accept their residents.

In fact, The Brussels Times reported about the MSF report in July. Since the height of the crisis in March, MSF stepped in to give support to 135 care homes: 81 in Brussels, 33 in Wallonia and 21 in Flanders. MSF claims that Belgium’s care homes were left to fend for themselves without support from national and regional authorities.

The Brussels Times has raised the issue several times in the past and requested statistics about the origin of the patients who passed away in the hospitals but they are not collected at central level. In an interview in April, Professor Steven Van Gucht, the spokesperson of the federal public health authority, admitted that such statistical breakdown of mortalities in the hospitals was missing.

Sciensano’s daily reports showed in April that about half of all hospitalised people were older than 70 and that the percentage of elderly people at the hospitals had increased.

READ  Primate Ayodele Reveals When Coronavirus Vaccine Will Be Discovered

These critical figures seem still be missing but would not be enough to indicate if patients from retirement homes were disadvantaged. Professor Meyfroidt explains that one would also have to know if the care home had asked to refer a patient to a hospital of if the patient concerned had made such a choice or not.

The MSF July report claims that residents of homes made up 64% of all Covid-19 deaths in Belgium, some 6,200 individuals at that time. The majority of those people – 4,900 in all – died in the home itself, without ever having been transferred to hospital, according to MSF.

The situation at the retirement homes was admittedly unsatisfactory in the beginning of the outbreak. “The virus entered the retirement homes via the staff,” Professor Van Gucht said in April. “From the very start, visitors weren’t allowed to enter the homes but there was a lack of training and protective equipment and the first masks they had were mostly home-made.”

“There was never a federal or central guideline to refuse patients from elderly homes, or other categories of patients, for hospital admission or ICU admission,” Professor Meyfroidt underlines. The allegation that Belgian hospitals performed well in this crisis because they systematically refused patients from elderly homes is unfair and unfounded.”

As president of the Belgian Society of Intensive Care Medicine (SIZ), he referred to its ethical principles concerning proportionality of critical care. “They were written because SIZ was concerned that patients would be admitted into units or additionally created ICU beds, staffed by non-ICU specialists, that are not used to the ethical decisions we make in the ICU every day.”

Decisions should be made on an individual basis by at least two but preferably three experienced physicians, he says. “Many COVID-19 patients will be elderly, but age in itself is not a good criterion to decide on disproportionate care. Priorities should be decided based on medical urgency.” Other countries have issued similar guidelines.

Did the application of the ethical guidelines differ by hospital and region?

“We don’t know this and it would have to be examined. There are no regional or national triage protocols (on determining the priority of patients in situations of scarce resources) but local ethical guidelines might differ in some aspects of what we recommended.”

An effective response to the outbreak in Belgium was exacerbated because of the divided competencies between federal, regional and municipal levels in the country. Testing and the supply of protective equipment was not the responsibility of the federal government. This does not explain why the government did not react earlier when it became aware of the crisis.

The politician directly responsible would be the national health minister, Maggie De Block, but she declined to be interviewed by The New York Times and did not respond to its written questions. Belgium’s Prime Minister Sophie Wilmès did address the issue in an interview with The Brussels Times (the full interview will be published later this week).

During the lockdown in Belgium, at least in the beginning, there was a lack of protective equipment, not enough tests and hardly any contact tracing. Retirement homes were largely unprotected. Retroactively, what could have been done differently by the federal government, given the division of powers in Belgium?

“Let’s not forget that we manage an unprecedented situation in a context where the world was on fire so to speak,” she replied. “Shortages were numerous worldwide and, at the same time, we were asked to build new systems, news procedures from scratches. I would for example refer to the tracing system,” she replied.

“Of course, we could have done things differently, knowing what we know today. And it appears clearly that the fragmentation of power in Belgium didn’t make things easier. But it’s not the time for conclusions quiet yet. The virus is still here and the health crisis is not over.”