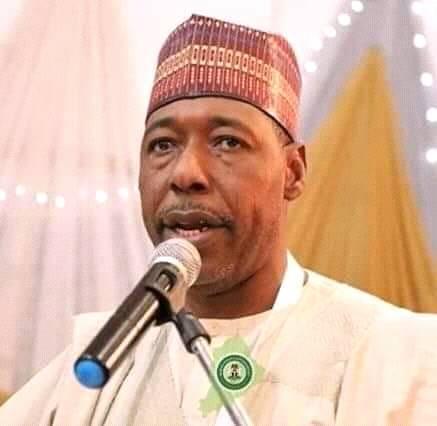 Six governors of the North East geo-political zone have called on the Federal Government to incorporate the Nigerian police into the ongoing fight against terrorism in the region.

The terrorism ignited by Boko Haram in 2009 has claimed over 36,000 lives and property worth over N3 trillion in Borno, Adamawa and Yobe states.

A communiqué signed by the Chairman of North East Governors’ Forum (NEGF), Babagana Zulum of Borno, after weekend’s meeting in Maiduguri, read in part: “We want the Federal Government to allow the police to be armed with high calibre rifles like those of the military for effective fight to end this war.”

According to them, allowing the police to carry state-of-the-art weapons will bridge the manpower deficit in the military where necessary.

“The police should be provided with strategic equipment like high velocity tear gas, trackers and Armoured Personnel Carriers (APCs),” demanded the governors in the 11-point communiqué.

Last Saturday, the governors of Adamawa, Bauchi, Borno, Gombe, Taraba and Yobe states met in Maiduguri and examined the challenges facing the sub-region, which birthed the communiqué.

The governors also advocated the security of hard-to-reach areas and farmlands to avert looming food shortage in the region.

Lamenting incessant attacks by bandits in the region, they urged the Federal Government to deploy state-of-the-art military hardware to the region.

The Forum will meet again on November 7, 2020 in Yola, Adamawa State.

In another vein, the North East Development Commission (NEDC) has set up a N6 billion Education Endowment Fund (EEF).

Managing Director of the commission, Mohammed Alkali, said at the inauguration of the NEDC-EEF Board of Trustees (BoT) in Abuja that the fund was aimed at resuscitating the region’s devastated education sector and human capital.

Alkali noted that over 20,000 indigenes of the region would benefit from the fund annually.

Disclosing that the North East accounts for nearly 60 per cent of the 13 million out-of-school children in the country, he emphasised that the Fund would enable them to access academic and professional capacity development opportunities in various fields.

“Our intention is to have an integrated approach, while the Fund will provide scholarships and training. We already have a unit under our humanitarian directorate that will deal with issues like infrastructure, so the two can go together,” Alkali stated.

In his remarks, the Chairman of NEDC, Maj.-Gen. Paul Tarfa (rtd.), noted that since the commission came into being in 2019, considerable time and effort were devoted to providing relief to the communities and people displaced by the activities of terrorists in the North East.

His words: “This mandated the commission to chart the new course of timely intervention in the education sector by establishing NEDC-EEF, to halt the poor human development situation in the region.”

“With the inauguration of the BoT, our estimate is that by the time the scheme fully takes off, a minimum of 20,000 indigenes of the North East will benefit directly.”

Chairman of the BoT, David Sabo-Kente, commended the decision of the governing board to establish the NEDC-EEF, which he said was a timely intervention and innovation for the eradication of illiteracy and endemic poverty in the region.