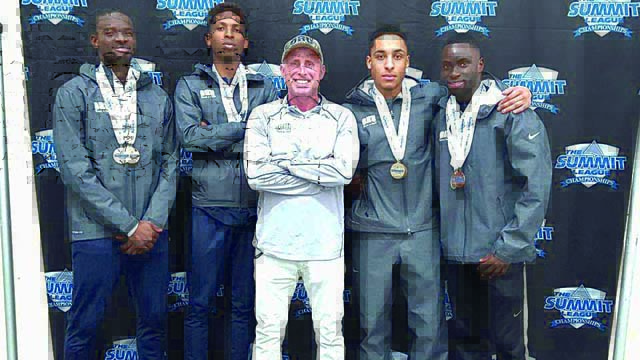 Nigeria may have lost one of its best legs in 400m, following the decision of U.S.-based speed star, Omeiza Akerele, to end his bubbling athletics career.

Akerele made big headlines in Africa in 2013 when he led Team Nigerian to win the 11th African Junior Athletics Championships in Mauritius. He later took his career to the United States, where he dominated the scene as a student of Oral Roberts University, a private university in Tulsa, Oklahoma.

In a message to The Guardian yesterday, Akerele said: “I am done with athletics now, and I’m looking to get into coaching soon.”

The decision by Akerele to end his athletics career so early is shocking to many athletics-loving Nigerians. Akerele played a dominant role for Team Nigeria at Mauritius 2013 where he became the saving grace in the 4x400m team in the final, rescuing the gold in the most sensational manner that was reminiscent of the heroic performance of Enefiok Udo-Obong at the Sydney 2000 Olympics.

The duo of Akerele and Divine Oduduru were in Team Nigeria’s U-17 team to the 2013 World Youth Athletics Championship in Donetsk, Ukraine. While Oduduru finished sixth in the 200m final despite his initial blunder, Akerele ran a personal best time of 47.23 seconds in the 400m. They were elevated to the U-20 squad a few months later for the trip to Mauritius.

At Oral Roberts University, Akerele dominated both the 200m and 400m events, winning three Conference Championship within four years in the United States. The Nigerian was voted Athlete of the Year on two occasions.

He said in his message to The Guardian yesterday: “I quit athletics because of personal reasons. Not because of any government or lack of desire to get to the top. I still love the sport and I’ve great knowledge and understanding that I know will be valuable to upcoming athletes. That is what I will like to focus on.”

Akerele added: “I haven’t started my coaching career yet. I am currently working on my masters degree, and will start my coach coursework after that.”