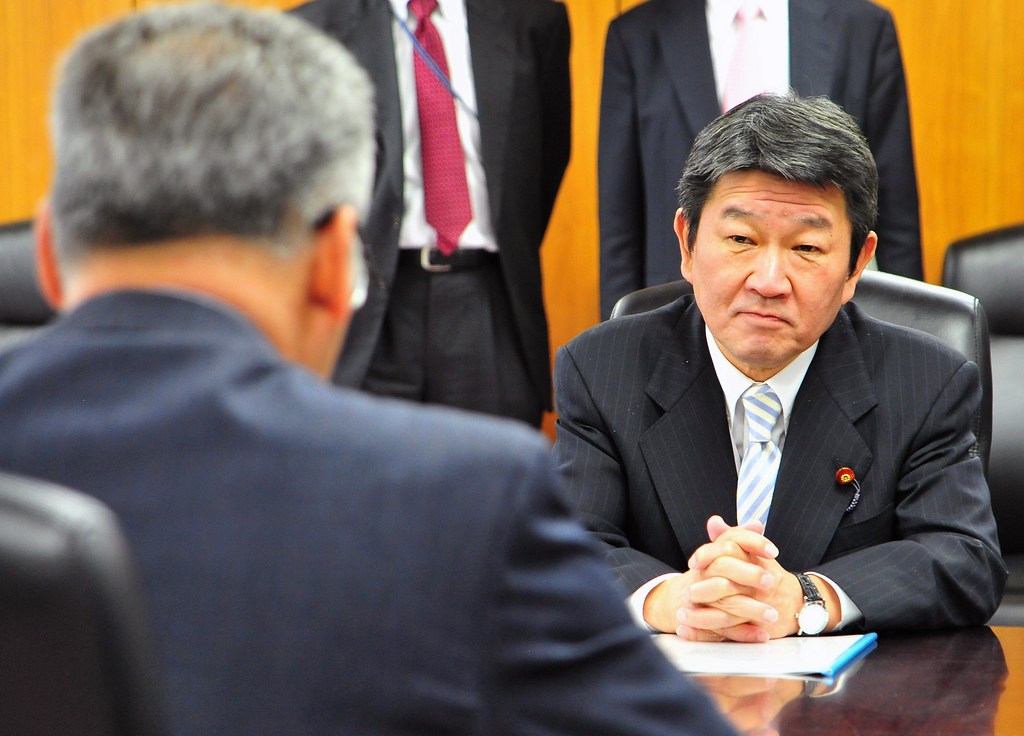 The Japanese Foreign Minister is set to start two days of post-Brexit trade negotiations in the UK on Thursday, to round up a new bilateral trade agreement.

The talks aim to shape UK-Japanese trade relations post-Brexit, as Japan currently only has trade agreements with the EU as a whole.

During his stay, minister Toshimitsu Motegi will be meeting with the UK’s Foreign Secretary Dominic Raab and International Trade Secretary Elizabeth Truss.

A new deal is needed because the EU-Japan trade deal (under the Economic Partnership Agreements or EPA) that went into effect in 2019 will no longer apply to the UK from 31 December.

It is expected that the final deal will look similar to the EPA.

The UK hopes to expand on the existing EPA for the new UK-Japan agreement by including digital trade. Another point will be to formulate trade rules to protect famous products on either side, including Scotch and Kobe beef, which will prevent the sale of cheaper knock-off alternatives.

There also rests some discussion regarding car tariffs. Japan would like to keep the same low export tariffs for cars and car parts it had with the EU, to be applied when Japanese companies in the UK import goods from the mainland. The UK, however, would like to install its own tariffs, which are higher than the current added import/export costs in the EU deal.

Both sides hope for a swift agreement that will conclude negotiations initiated on 9 June via video conference.

In June, Japan’s chief negotiator Hiroshi Matsuura told the Financial Times that the deal should be rounded up preferably by the end of July, so that it could be ratified before coming into effect in January 2021.

READ  Coronavirus: EasyJet to cut up to 4,500 jobs over COVID-19 crisis

On Tuesday, Motegi told media that “it is indispensable to swiftly form a framework for trade and investment between Japan and Britain”, to “ensure the smooth continuation of bilateral businesses”.

If the deal succeeds, it will be Britain’s first independently negotiated trade agreement outside of the EU.

According to the UK government’s most recent numbers, the UK-Japan trade relations are worth approximately €32 billion yearly. The new deal could boost that number with €16.7 billion in the long term.