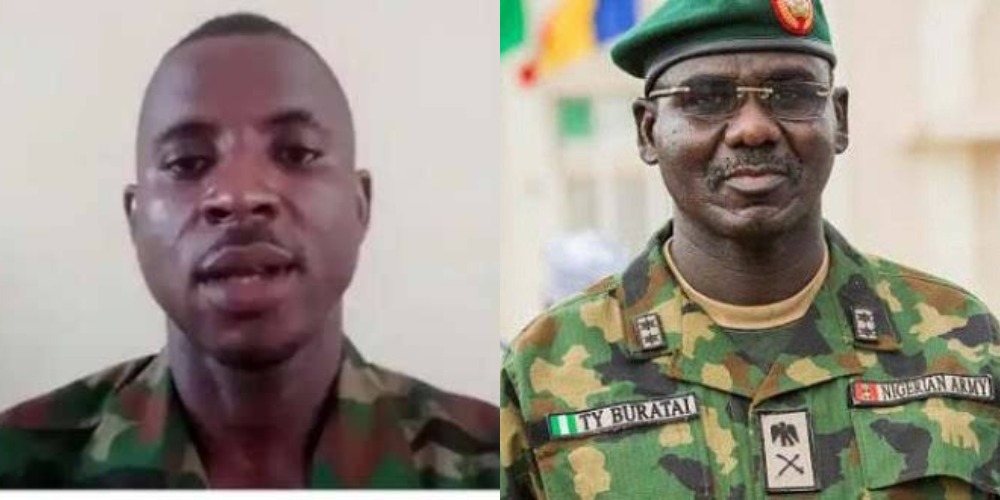 A bold soldier who called out the chief of army staff over the treatment of soldiers fighting boko haram has been feared dead.

The  top sources within the army had informed the media platform that army chief Tukur Buratai had vowed to deal ruthlessly with the detained soldier for his action and also treat the order of Justice Chikere with disdain.

The media platform further revealed that there are now fears that Lance Corporal Martins Idakpini, the detained soldier arrested for criticising Chief of Army Staff, Tukur Buratai, may have been killed by the army as punishment for his action.

SaharaReporters had earlier reported how the army twice denied Idakpini’s lawyer and family from seeing him in total disregard to an order of the Federal High Court.

Justice AI Chikere of the Abuja Federal High Court held that it was unlawful for the army to continuously deny Idakpini from seeing his lawyer and family.

Top sources within the army had informed SaharaReporters that Buratai had vowed to deal ruthlessly with the detained soldier for his action and also treat the order of Justice Chikere with disdain.

However, there are now fears that the army may have killed Idakpini, who has not been seen or heard from since he was arrested over a month ago.
.
Human rights activist and National President of Revolutionary Lawyers’ Forum, Mr Tope Akinyode, who is representing Idakpini, said that “Buratai’s action is a coup d’etat on the Nigerian constitution”.

He added, “Buratai is tearing the constitution apart and rendering useless the concept of the rule of law. He is about to become a dictator before our very eyes.”.

Idakpini was arrested shortly after he made a video castigating Buratai over the army’s failure to combat and destroy Boko Haram.