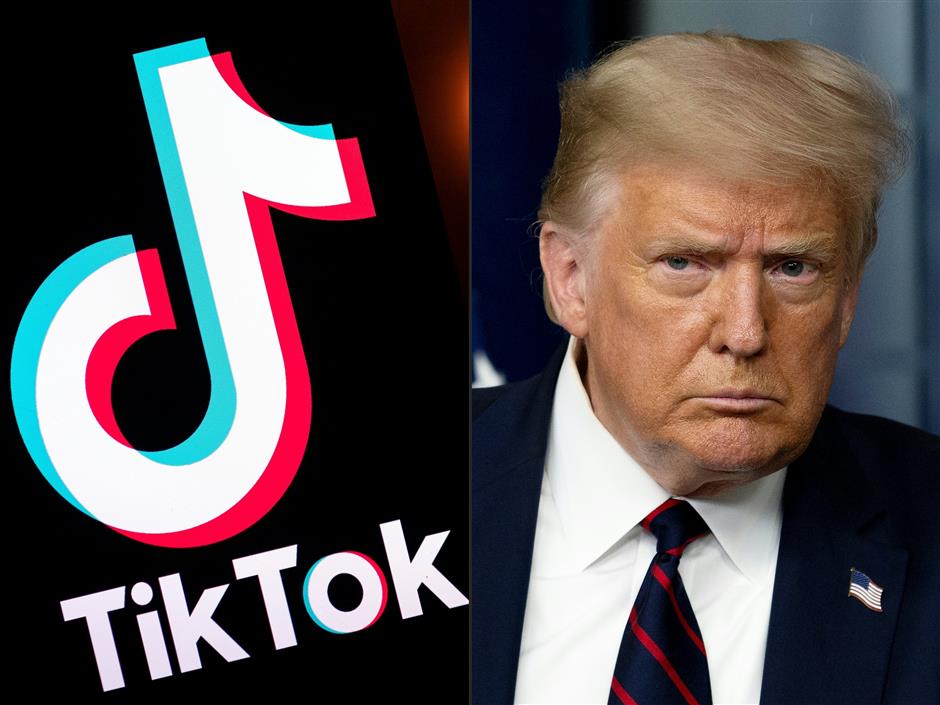 But US officials say the app constitutes a national security risk because it could share millions of Americans’ personal data with Chinese intelligence.

Trump gave the company’s Chinese parent ByteDance until mid-September to strike a deal.

“I set a date of around September 15, at which point it’s going to be out of business in the United States,” he said.

Whatever the price is, he said, “the United States should get a very large percentage of that price because we’re making it possible.”

Trump compared the demand for a piece of the pie to a landlord demanding under-the-table “key money” from a new tenant, a practice widely illegal including in New York, where the billionaire president built his real estate empire.

“TikTok is a big success, but a big portion of it is in the country,” he said. “I think it’s very fair.”

But Trump also threw a surprise new condition in any deal, saying the sale of TikTok’s US business would have to result in a significant payout to the US Treasury for initiating it.

“A very substantial portion of that price is going to have to come into the Treasury of the United States, because we’re making it possible for this deal to happen,” Trump told reporters.

“They don’t have any rights unless we give it to them,” he said.

Sell or shut down

The pressure for a sale of TikTok’s US and international business, based in Los Angeles, left the company and ByteDance facing tough decisions.

Trump has made TikTok the latest front in the ongoing political and trade battles between Washington and Beijing.

The app has been under formal investigation on US national security grounds because it collects large amounts of personal data on all its users and is legally bound to share that with authorities in Beijing if they demand it.

Both its huge user base and its algorithm for collecting data make it hugely valuable.

But being forced by the US government to sell at least its US business or be shut down — and to then split the sale price with the US Treasury as Trump is demanding — was an almost unheard-of tactic.

Shutting down could force users to switch to competitors, and many content creators are already encouraging followers to follow them on other social media platforms.

“The most obvious beneficiaries are Snapchat, Facebook and Twitter, with Snapchat likely being the biggest beneficiary,” said investment analysts at Lightshed Partners.

Earlier Monday, ByteDance founder Zhang Yiming acknowledged the hefty pressure and said in a letter to staff, reported by Chinese media, that they were working around-the-clock “for the best outcome.”

“We have always been committed to ensuring user data security, as well as the platform neutrality and transparency,” Zhang said.

However, he said, the company faces “mounting complexities across the geopolitical landscape and significant external pressure.”

He said the company must confront the challenge from the United States, though “without giving up exploring any possibilities.”

According to Britain’s The Sun newspaper Monday, as a possible consequence of the pressure, ByteDance is planning to relocate TikTok’s global operations to Britain.

“The US is using an abused concept of national security and, without providing any evidence, is making presumptions of guilt and issuing threats to relevant companies,” said spokesman Wang Wenbin.

“This goes against the principle of market economy and exposes the hypocrisy and typical double standards of the US in upholding so-called fairness and freedom,” he added.