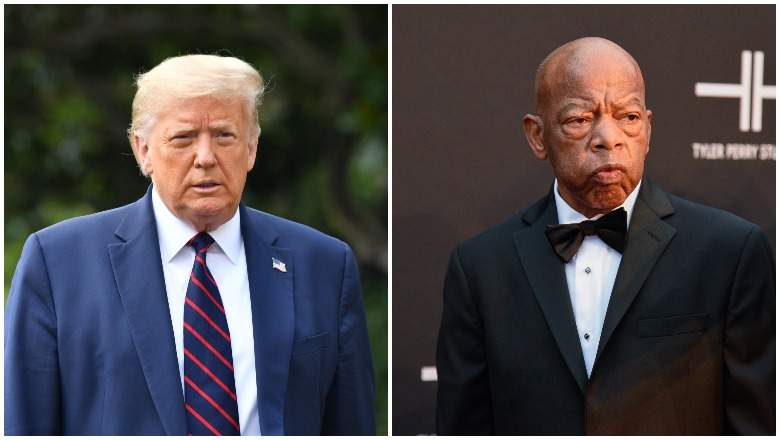 US President Donald Trump said he doesn’t know how history will remember civil rights activist John Lewis, but that “he chose not to come to my inauguration,” in an interview with US media.

A longtime Democratic congressman, Lewis died on July 17, then received rare honours in Washington and was praised by key figures of both major parties for his life-long fight for equality.

“How do you think history will remember John Lewis?” Jonathan Swan of the Axios media outlet asked Trump in the interview aired on Monday.

“I don’t know John Lewis, he chose not to come to my inauguration.”

Lewis clashed with Trump on multiple occasions — as well as boycotting his swearing-in ceremony, Lewis cited Russian interference in the 2016 election to question his legitimacy and warned US democracy was under threat.

In the interview, which was recorded last week, Swan rephrased the question: “Do you find him impressive?”

His comments come after the death of George Floyd triggered nationwide protests and a national debate on race, which has received added impetus in the run-up to November’s presidential election.

Trump said in the interview that “no one has done more for black Americans than I have.”

Swan asked again: “Taking your relationship with him out of it, do you find his story impressive, what he’s done for this country?

READ  Pompeo increases bounty on new, shadowy ISIS leader to $10M as rumors of his death in Syria swirl

“He was a person that devoted a lot of energy and a lot of heart to civil rights, but there were many others also,” Trump said.