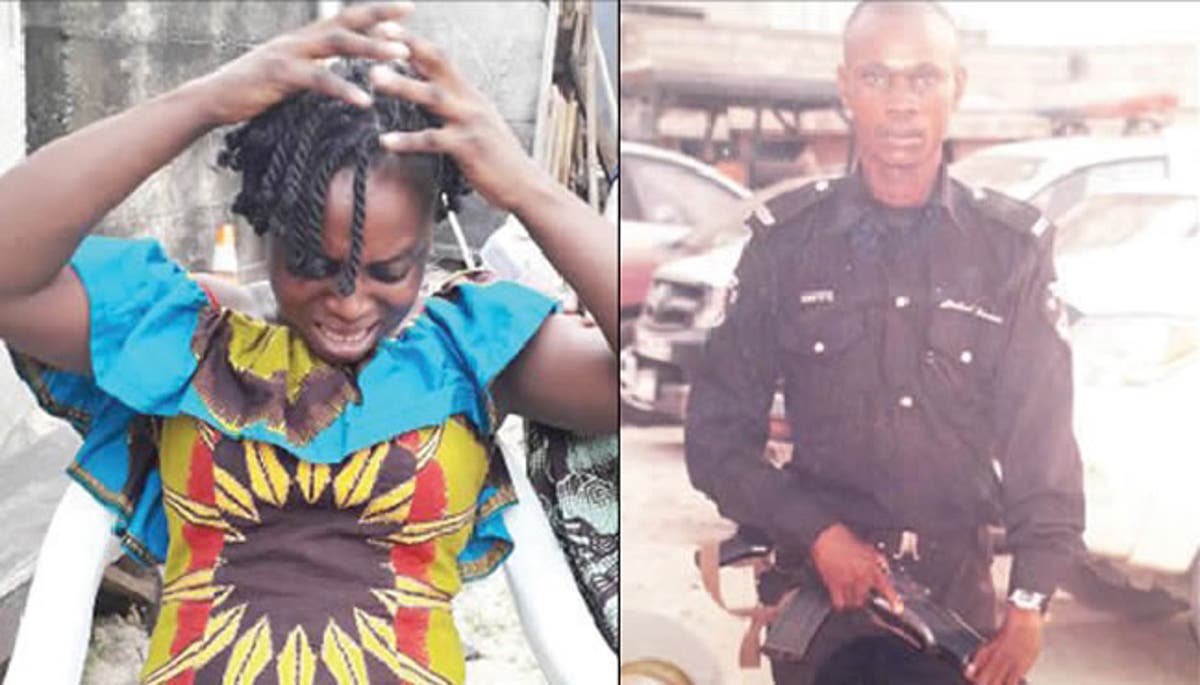 When a fragment crushed her husband to death on November 5, 2019 while he was controlling a crowd at a fire scene in Brasas Plaza, Balogun Market, Lagos Island, the future of the family suddenly appeared bleak to Rosemary Dominic.

Sergeant Michael Dominic, the family’s bread winner died at a time his four kids, aged between two and 10, needed him most.

As a result of the delay in the payment of his entitlement about nine months after, hard times the 33-year-old widow dreaded have begun to strike the family.

From owed rent to irregular daily meals, Rosemary said she and her four children were on the brink of destitution.

She lamented that the landlord of an apartment on Oremeji Street, Oke Koto, Agege where she lives with her children had asked her to vacate the property since she could not renew the rent which expired last December.

Distraught Rosemary told our correspondent on Tuesday that she had submitted all the documents requested by the insurance office of the Lagos State Police Command to process the payment of his husband’s benefits.

She said she went through a lot of stress to gather all the documents and filed them, adding that she had not heard from the office since May when she submitted the documents.

She said, “I was asked to bring his death certificate, last pay slip and some other documents to the police headquarters in Ikeja which I did. I submitted all the documents at the Insurance office on May 20. They told me to hold on and promised to call me. Till now, nobody has called me.

“They said I should be expecting it after two or three months. I told them it was too long but they said I should look for another means. I begged them that I am a mother of four; they said there was nothing they could do. Our house rent has expired since last December. There is nobody to support me and my landlord has been disturbing me. He came on Sunday and I begged him to give me more time but he said he had exercised enough patience and asked me to pay quickly or leave his house.”

Rosemary appealed to the police authorities to fast track the payment and save the family from imminent homelessness.

She added, “I cry every day over the hardship my children are passing through. It is extremely difficult to feed them. We have not received anything from the police. I am just appealing to them to pay his entitlements for the sake of his children. I don’t know who to run to.”

An officer at the insurance office told our correspondent that the unit was awaiting the approval of the payment from the Force headquarters in Abuja, urging Rosemary to be patient.

She said, “We are still expecting the payment from the Force Headquarters. The delay could be due to some challenges created by COVID-19. She should be patient. They will pay her. She may also check her account (to know if it has been paid).”

Rosemary said she had checked her account afterwards but it had yet to be credited with the entitlements.

The Police Public Relations Officer in the state, SP Bala Elkana, could not be reached for comments.

However, a senior officer, who is privy to the process but spoke on condition of anonymity, said there were certain procedures that must be followed before the payment could be made.

He said, “There are procedures to be taken so that at the end of the day, the payment will be made to right person. She has started that process and soon she will get her payment.”