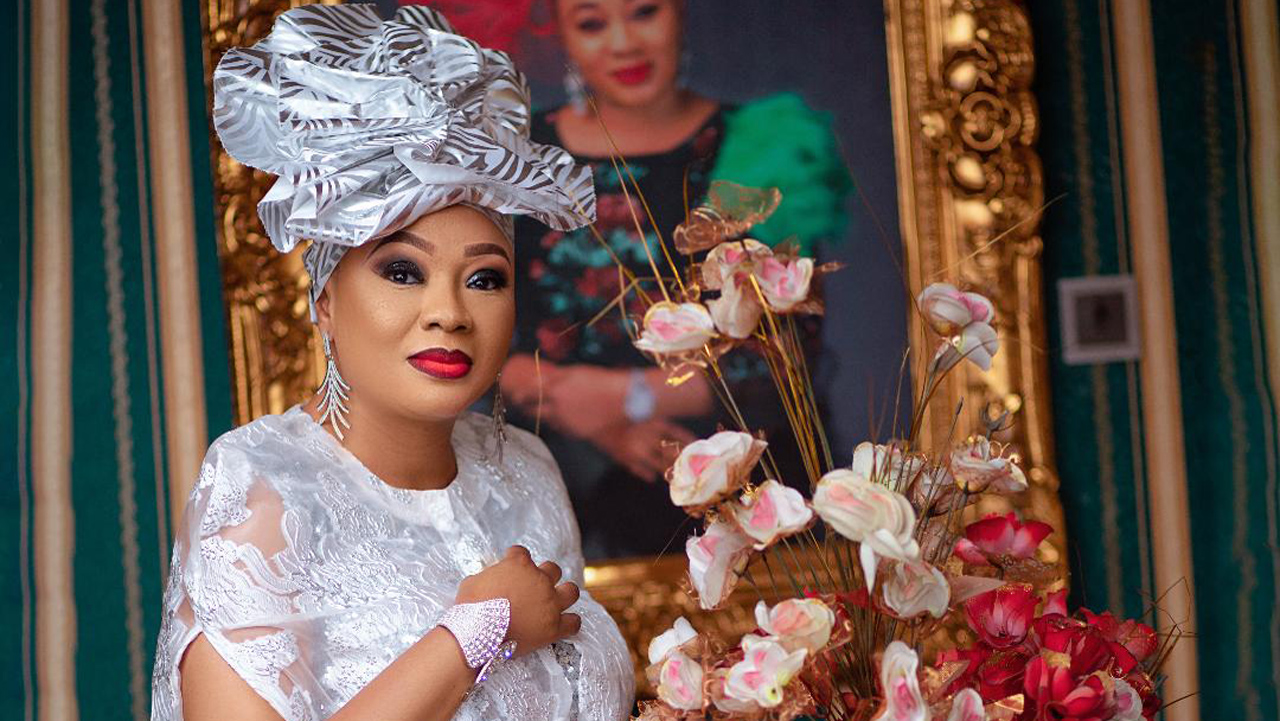 A Lawyer by profession, Temilolu Okeowo is the founder, Girls Club of Nigeria, The Girls Club of Africa and The Girls Apostolic Ministry of All Nations, all aimed at re-orientating the Nigerian girl, as well as empowering and imparting girls all over the world. An author and certified forensics examiner, she has in the last few years, vigorously campaigning for the preservation of virginity till marriage and encouraging a chaste life through the media.

As an undergraduate, she authored her first book, The Beauty of Life, which discusses the trials and triumphs of a girl growing up in a morally decadent society. She also has other publications to her credit, including a free daily devotional, Life Nuggets For Girls. She has been involved in girl-child advocacy in all forms, which has taken her the council chambers of the United Nations Headquarters, New York, where she’s invited annually to rub minds with other girl-child advocates across the world.

In this interview with TOBI AWODIPE, she talks about activities lined up to mark this year’s World Chastity Day, why women and even men must remain chaste till marriage, building a new generation of women global giants, stemming child sexual abuse and gender-based violence amongst other issues.

This year, you are planning to mark World Chastity Day, how much is this day known here in Nigeria?

It’s the maiden edition and not yet known at all. It’s a special day set aside by The Girls Apostolic Ministry of All Nations to affirm our very special mission of encouraging girls to toe the path of righteousness in a highly depraved world.

What do you have lined up, what can attendees look forward to?

For obvious reasons, activities to mark the day would be restricted to the media, which we would employ actively to create awareness that sexual purity still matters and is also very important.

Why are you passionate about preserving women’s chastity until marriage?

God expects both genders to be sexually pure. However, my ministry is specifically for girls and ladies, although in recent times, I have been writing articles for men, encouraging them to pursue a chaste life in their own interest. My passion for women and girls in this regard could also stem from the unquantifiable gains of staying chaste long before even venturing into marriage.

What made you decide to go down this path of evangelism? Do you still practice law?

I want to attract the attention of girls to the kingdom of God, open their eyes to a lot of things most women are ignorant of, especially the proper use of their spirituality. I also want to rescue them from the dire consequences of sexual immorality. Yes, I’m still practising law and in recent times, in the light of the upsurge in gender-based violence, especially child sexual abuse, I decided to offer pro bono legal services for victims within my reach.

You have authored some books, right from when you were in school. What do you intend to achieve through those books?

They seek to discuss the trials and triumphs of an average girl growing up in a morally decadent and patriarchal society and also proffer practical solutions. They also seek to inculcate godliness and moral discipline in readers while teaching them basic life skills and nuggets to survive in a highly competitive and hostile world.

You are very much into girl-child advocacy, what are some of the things you have done/are doing in this regard?

I have been involved in campaigns against sexual abuse, child labour and trafficking, child marriage, female genital mutilation and so on. I also give lectures in schools, churches, government institutions, and also write articles against these vices. As usual, I make useful suggestions on the way out. I’ve also collaborated with sister organisations within and outside the country and every October, I attend the International Day of the Girl Summit, which holds at the United Nations Headquarters, New York, to rub minds with other girl-child advocates across the world on the way forward.

On the other hand, I have so many ‘daughters’ whom I’ve had to pay their tuition, feeding or accommodation, just to alleviate their sufferings and assist them as much as I can so they wouldn’t have cause to succumb to the advances of men, who won’t assist until they have sexual relations with them. I’ve also had to rescue a good number of them in distress resulting from domestic violence, child sexual abuse and so much more. I pay for an English tutor to teach some girls from a particular community, who can’t speak English and want to learn. I encouraged them to have as much education as they can just to have some knowledge and skills by providing the needful.

There has been a rise in cases of girl-child sexual abuse and violence in recent times, what can we do to stem this tide?

We must begin to raise our boys differently from how most African men are raised, with a lordship and entitlement mentality. We must as a matter of urgency include moral instructions in their syllabus, as well as age-appropriate sex education because a lot of them have also been defiled and discovered sex too early and desperately want to feed their lust.

Also, I’d suggest parents spiritualise their children and practically drive positive values into their souls before society gets into their heads, as we are all driven by a force and so are our actions. Also, there must be stiffer penalties for perpetrators so others can be dissuaded from these despicable acts.

You aim to birth a new generation of female, how do you intend to achieve that?

I encourage my mentees to avoid dating or getting romantically involved in their teens so they can concentrate on their self-development. They need to make the most of their potential academically, spiritually, psychologically and so on and lay a solid foundation for their future. The teenage years are very delicate; a time when an individual’s imagination is very vivid and powerful, one could magnetise and actualise phenomenal dreams and visions. You’ll agree with me that an average female is a gold mine.

How do you carry your message to women and girls in hard to reach areas, especially those with no access to mobile phones and Internet?

Over the years, I’ve been to several market places with my megaphone to talk to mothers on the importance of encouraging their girls to stay chaste while distributing pamphlets. I’ve also had to go to remote and riverine areas, even by boat, to talk to girls, who live in extreme poverty, that can’t speak or understand English. Sadly, I’ve barely reached the number of girls that need help; we have barely scratched the surface of where we need to be.

What are some of the challenges you’ve faced in the course of doing what you do?

A major challenge is not being heard enough; not being able to reach as many girls as I would love to. The immorality in the world today is loud and deafening and has over-powered our society.

If you could influence change for Nigerian women, what’s the first thing you would do?

I would ensure they are given a 50 per cent chance in every area of life.

You do so many things at the same time, how do you make everything work?

I’ve always been very energetic and my spirit just naturally fuels whatever catches my fancy.

What is your passion, what drives you?

Believe me, when looking at a young girl, I see an institution, a mighty fortress, a giant which must be protected, developed and nurtured to greatness and highest potential possible.

What last words do you want to leave for women reading this?

You have the power to rewrite your life’s script, dictate the type of life you want to live and in fact, live the life of your dreams no matter how battered your life is.